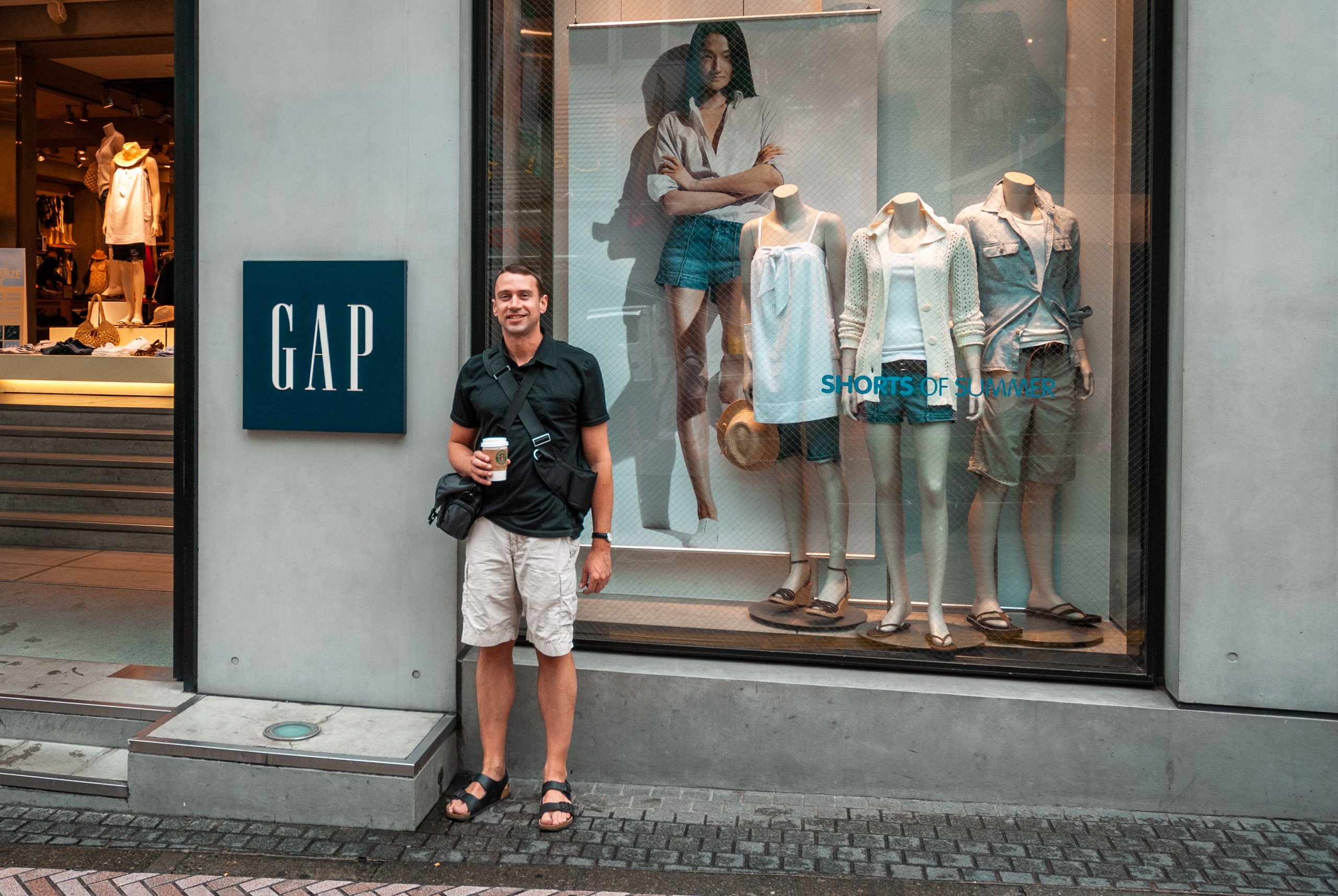 An American Gringo in Tokyo

Yeah, that's me in front of a Gap store with my Starbucks coffee. The Starbucks in Shibuya, Tokyo is the highest volume store in the world. Can you spot the gringo?

The food in Japan has been great. Even if you're not a huge fan of Japanese cuisine, there are so many options available, and each of them are so well done, its unlikely you'll go hungry.

We've had Japanese, Chinese, Indian/Pakistani, American (see below) and French. The Italian food served on the plane was pretty respectable as well, as far as airline food goes...maybe it was the 7 cocktails.

Long after our Republic is gone, the legacy of the United States will likely be the American Breakfast. I always thought American Breakfast tasted funny in Europe, but they seem to get it right here. At least at this Hotel. Its easy to spot the Americans chowing down on their American breakfasts. The Europeans seem to be simply puzzled by the massive quantities of food, most of it bacon.

I already talked about chicken done 100 ways. Add one more: last night we had the equivalent of chicken sashimi (raw chicken). That's quite a mental hurdle after being told for 36 years that you'll die if you touch uncooked poultry. I didn't care for it, it was a bit chewy.

Last night we ate at a tofu restaurant that excelled in preparing tofu in ways that you wouldn't expect. "I can't believe this is Tofu!" would be an apt name for this place. I'm not a big tofu fan, and its probably not ideal for someone with a mild soy allergy. We went for ramen later and it was excellent. Oh, and the all-you-care-to-drink beer option was nice, too.

Tonight I'm going for shabu shabu, a variety of meats you cook at your table in boiling water. You buy a 90 minute window for $40USD and you get unlimited beer and food. Not a bad deal indeed.

Update: The shabu shabu was amazing. So full, and such a bargain - especially in Tokyo. No ill effects from the chicken sashimi.

The picture below is the McDonald's Teriyaki burger. Sure is tempting, but haven't given in yet. Maybe if I run into trouble, I always have this as Plan B. 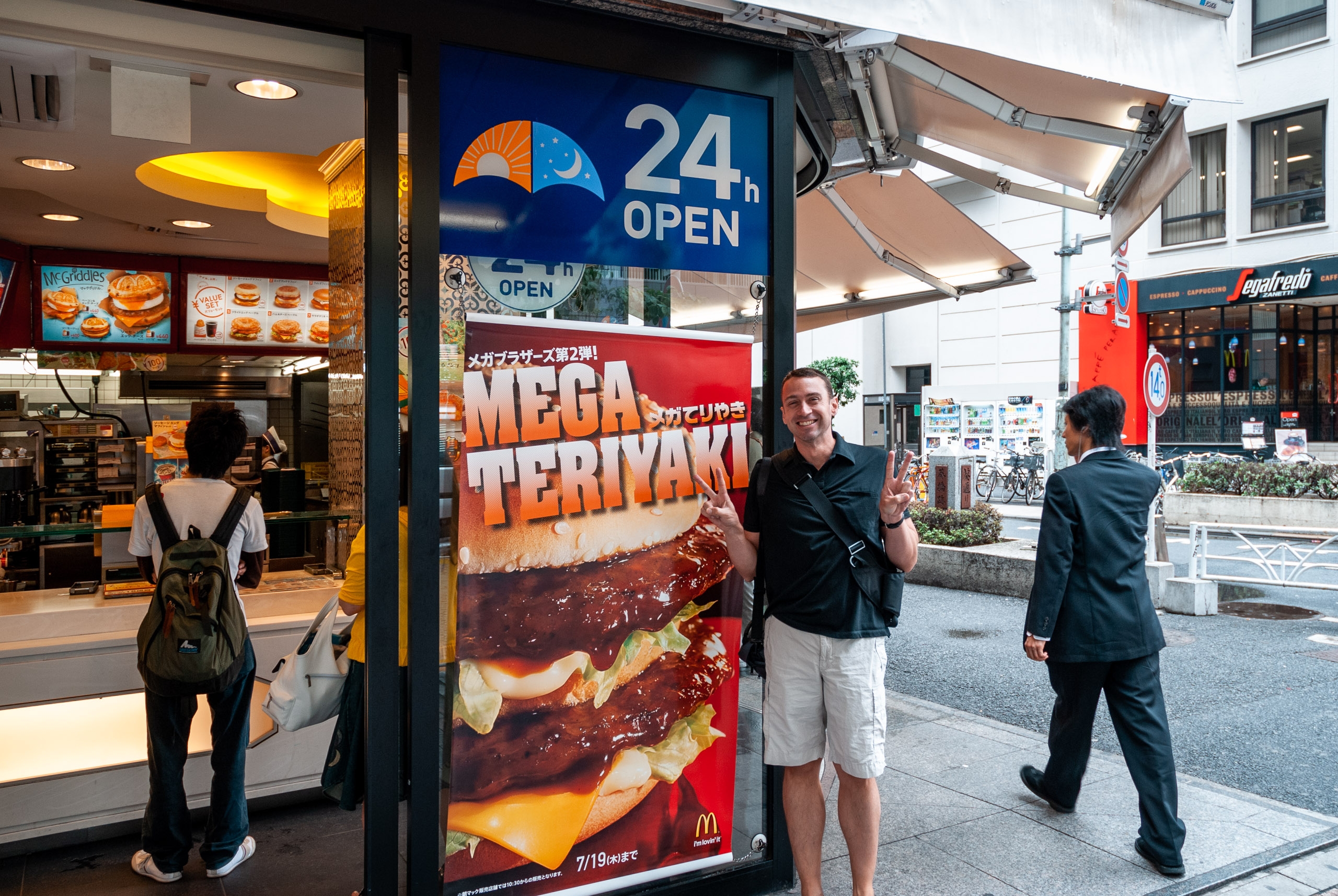 This Mega Teriyaki came back to haunt me in the worst possible way
tags: asia, japan, tokyo, travelogue