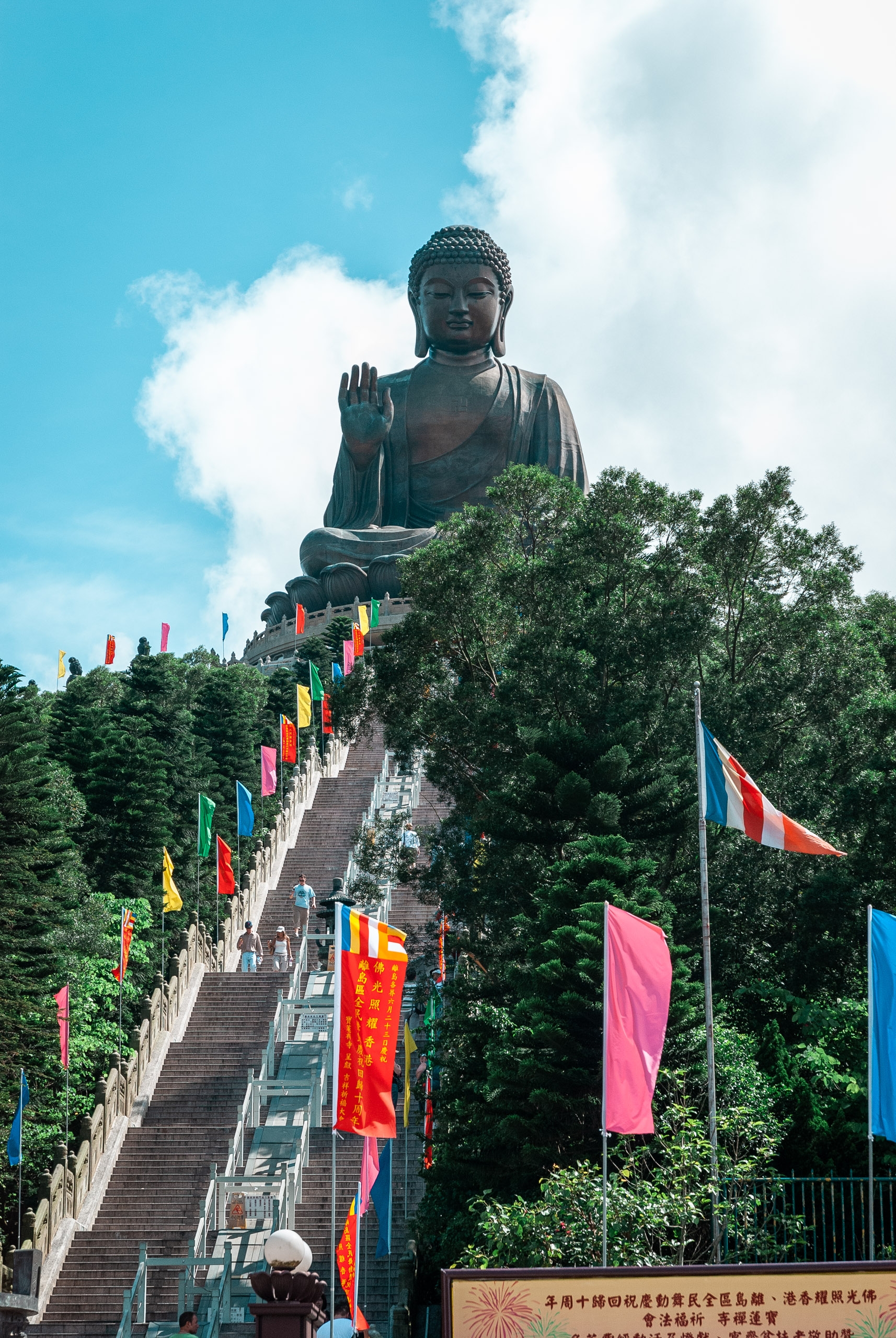 The Big Buddha lives up to its name

Today I took the ferry over to Lantau Island to see the Big Buddha. Everyone I talked to and every guide book I read said you must go see the Big Buddha. I got off the ferry, and there were signs pointing to the buses to take you to the Big Buddha. When I got there, it is in fact, a Big Buddha. Seldom do tourist draws live up to their hype. The fact that this one was so remarkably under hyped, made its realization that much more satisfactory.

Its called Big Buddha because the statue of Buddha is done on a large scale, 85 feet high. It’s the largest seated Buddha statue in the world (apparently this means that some other place has a larger Buddha statue, but in some other pose). The statue is dramatically perched atop a mountain overlooking most all of Lantau Island. The Big Buddha is the pride and joy of the Po Lin Monastery, and houses a monument to a bone relic, which I understood to be a tooth or something from someone of importance. Anyway, the statue itself is very impressive, and the grounds of the surrounding monastery are also quite scenic. 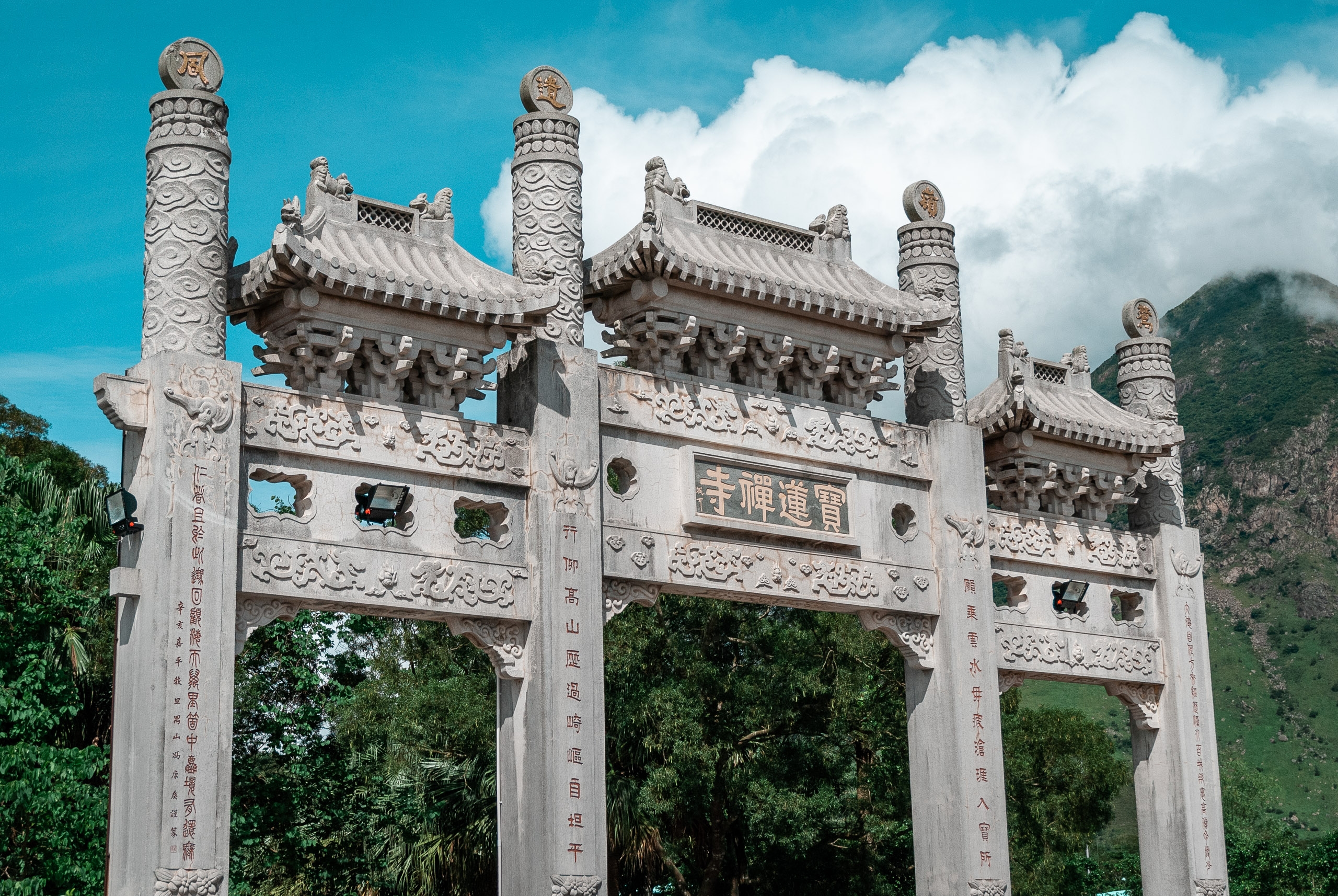 The monument is actually not far from Hong Kong proper, and is very inexpensive and convenient to get to. Visiting the monastery itself is free of charge, though if you make a donation they will thank you kindly and give you an ice cream and soft drink of your choosing – an easy sell when its 95 degrees and humid. I suspect this how they help pay the freight on such a large statue. I don’t own an 85 foot bronze deity, but I would imagine its not inexpensive to maintain. If there was any let down to visiting the Big Buddha, it would have to be its history. I thought I was marveling at some historic wonder of the ancient world, but in fact Big Buddha was built in 1992. I suppose its encouraging that people today are still being imaginative about building the wonders of tomorrow. 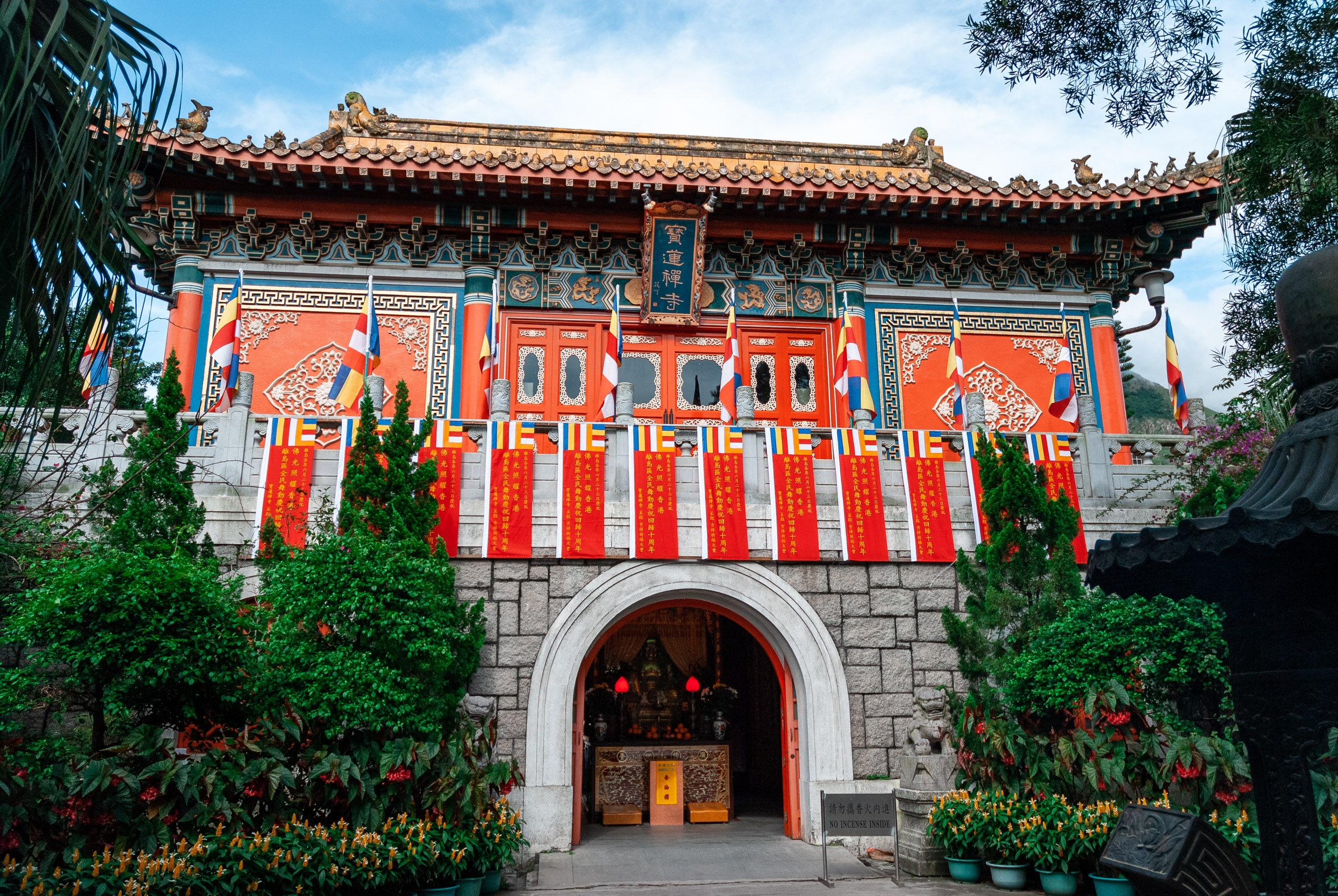 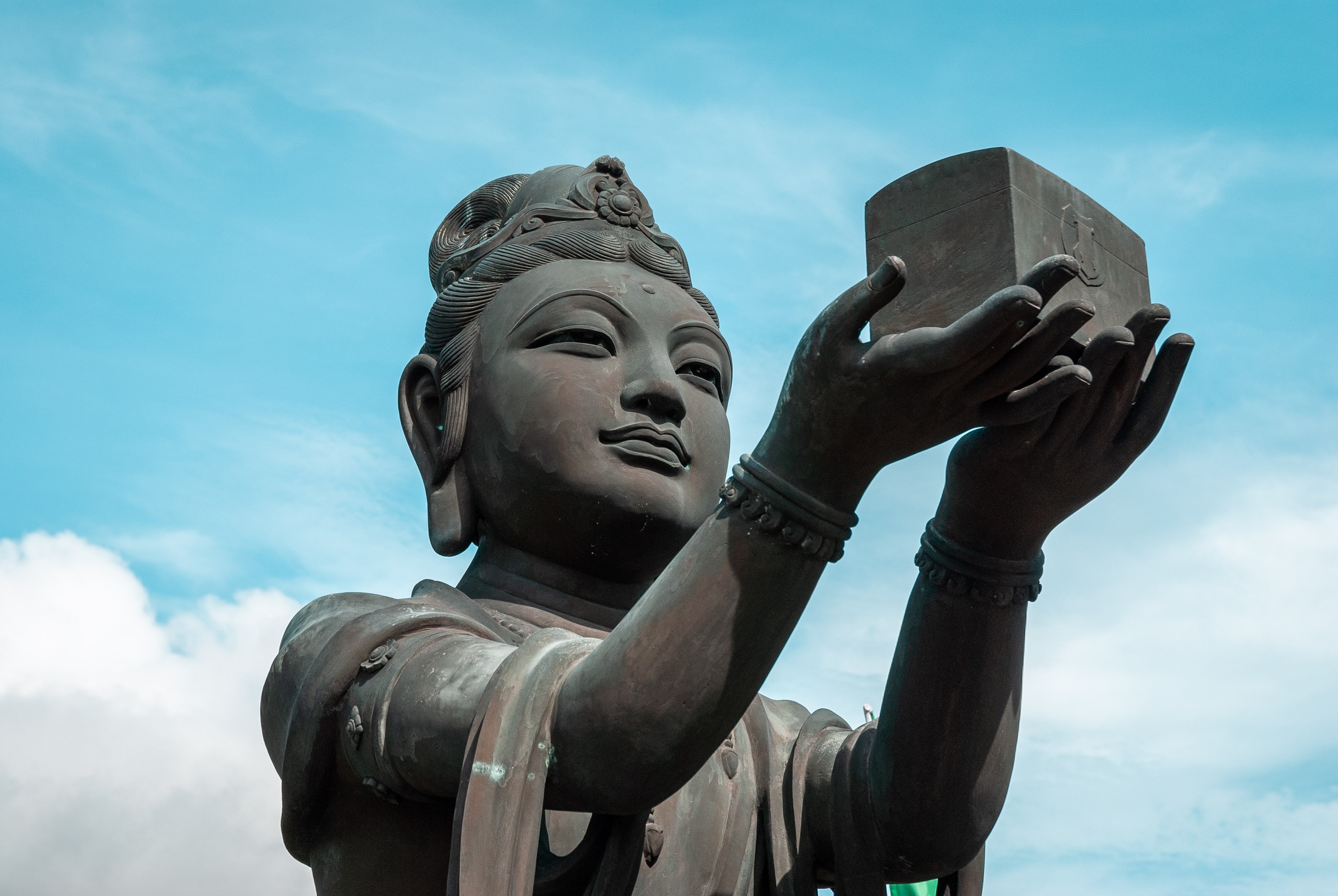 A gift for the Big Buddha

Headed back to the ferry, I spent some time poking around Lantau Island. I wouldn’t describe it as overly idyllic or a destination of note, but its remarkably laid back and quaint for being so close to Hong Kong. The beach, Silvermine Beach, reminded me a lot of Costa Rica. For less than a $1 you can buy a beer and sit under palm trees and watch the waves roll in. There were even signs warning the locals that its no longer ok to fish with explosives. The outer islands, this one included, are quickly being gobbled up for development into weekend homes and the like. See it while you still can. 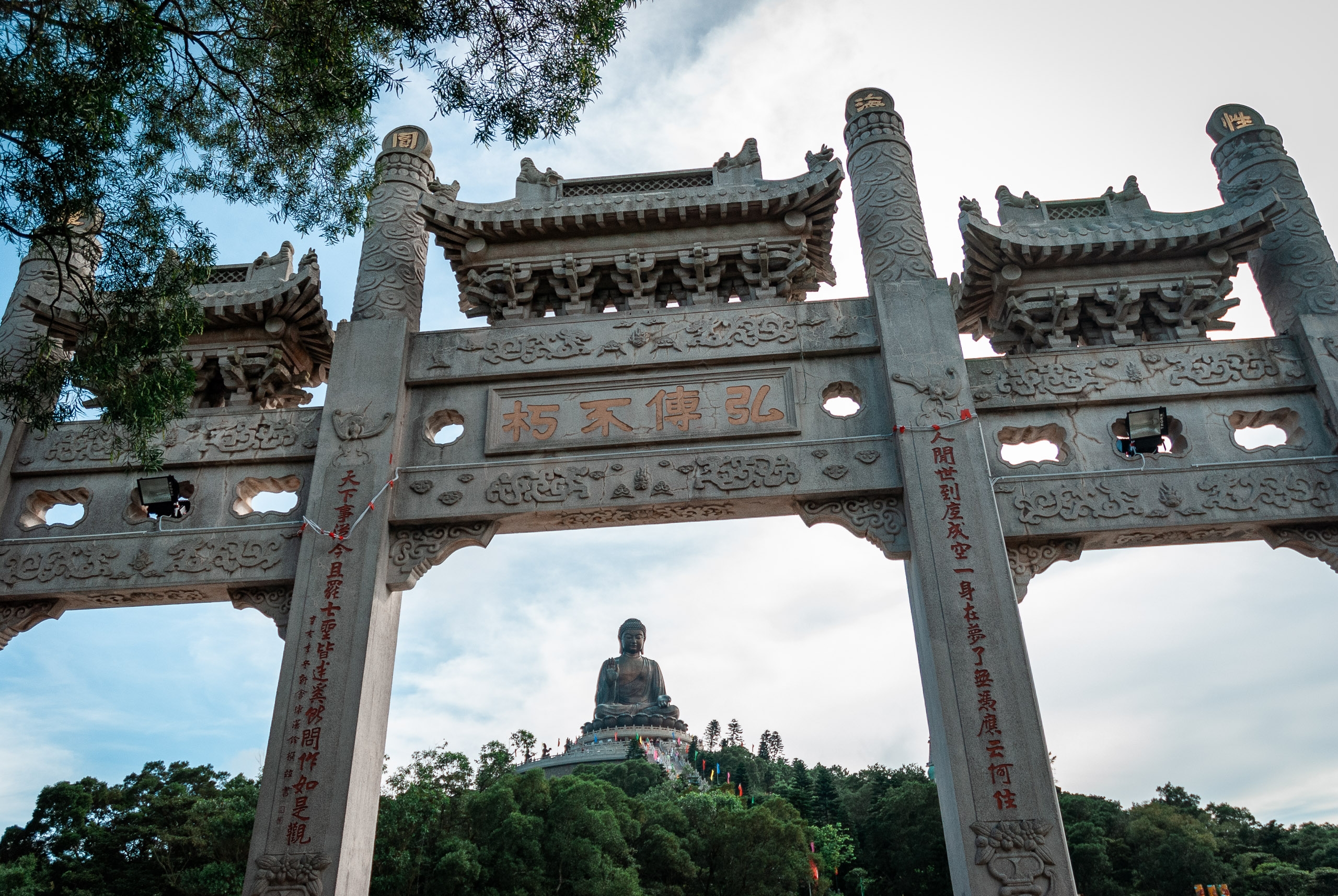 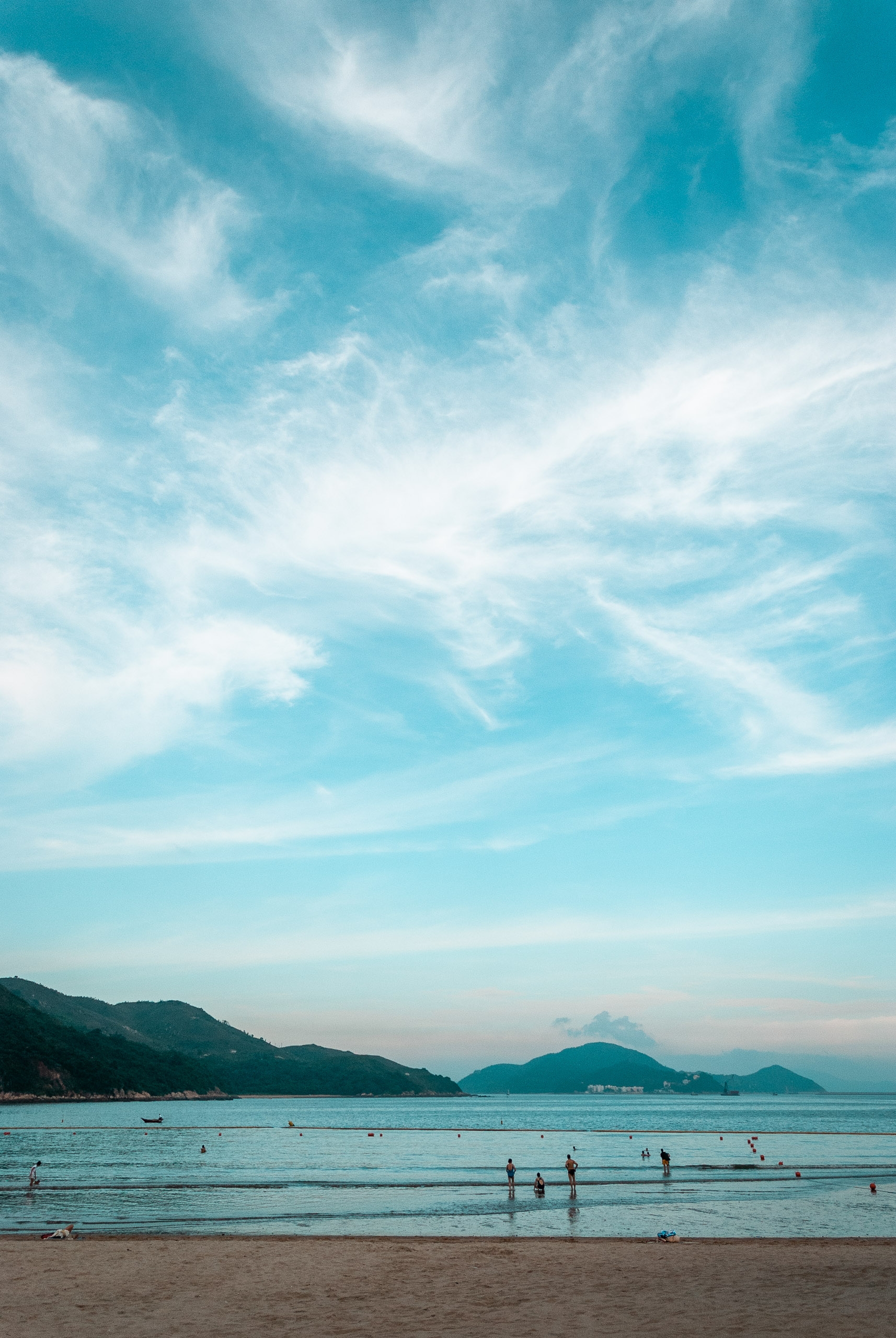 You may begin to notice more pictures with me in them. I bought an inexpensive travel tripod at a camera store in Times Square. It pained me to do so as I have a $500 one at home that is quite nice, but its also so overly-engineered you can’t travel with it. This will do for now. 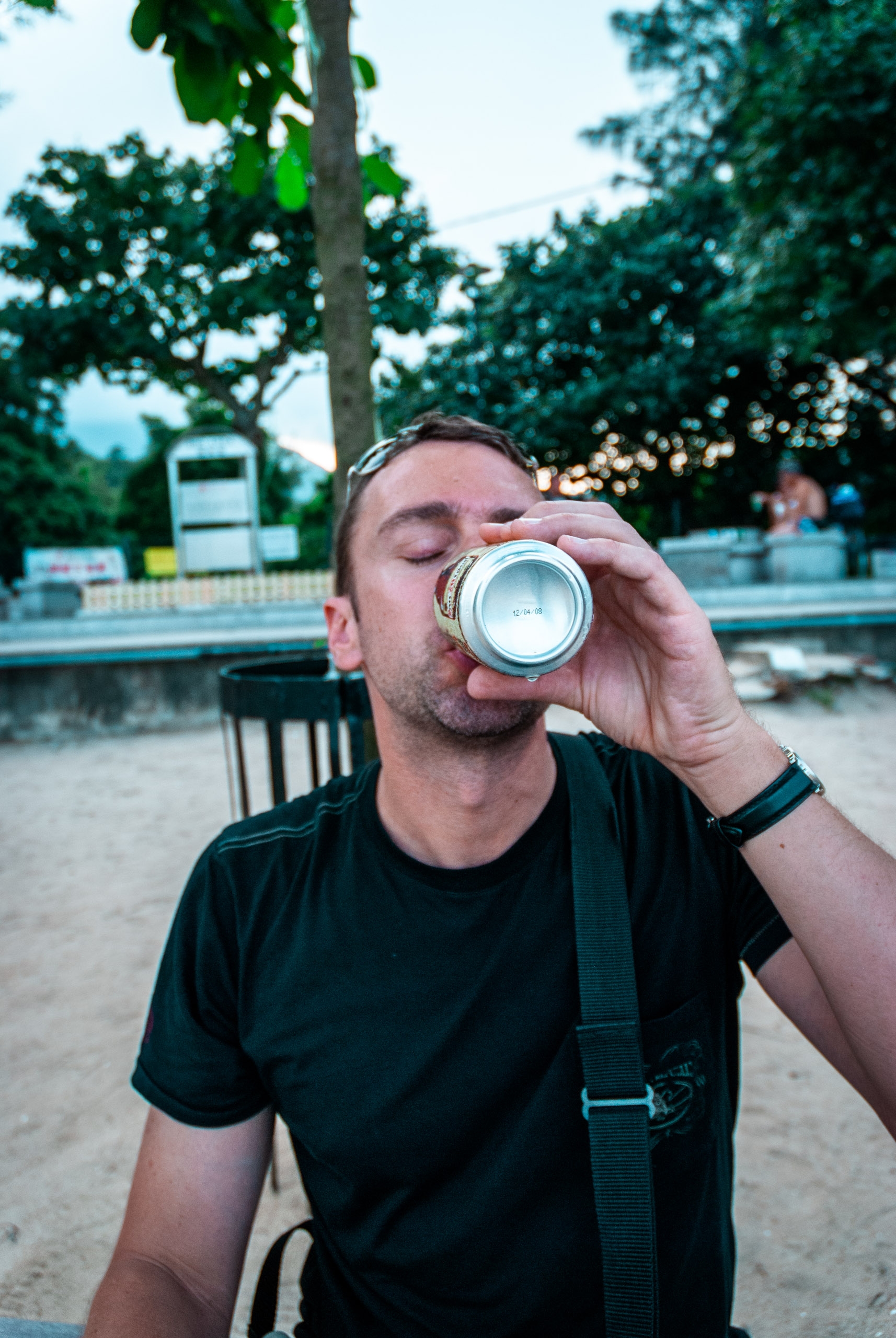 Enjoying a beer on Silverman Beach

On my way home I stopped at a place called the Union American Bar & Grill. I had buffalo wings, a coke and a chicken ranch salad for dinner. I’ve been very impressed with the food on this trip, but its nice to eat something familiar. Seated next to me were three Indian guys. One of them ordered a bowl of chicken noodle soup, which looked respectable and well-made. Without tasting it, he ladled in three tablespoons of ketchup and what looked like a scoop of butter. American food indeed. 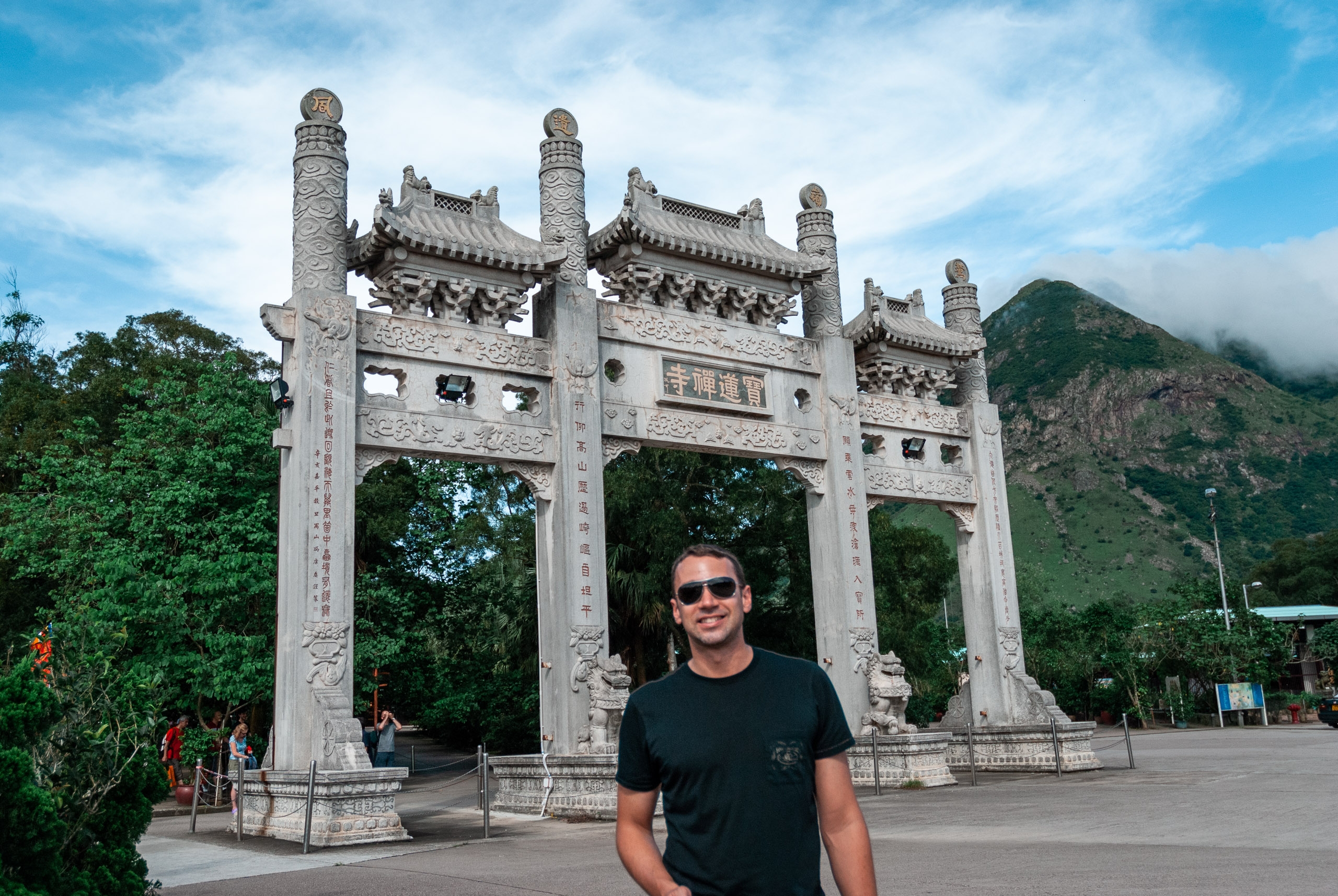 Me in front of the Po Lin Monastery