dark mode
Touring Paris - Day 1: The Seine, Hotel Montelembert & Notre Dame
April 29, 2008
Picking up where the blogs left off, at this point were plausibly in Paris arriving from Dublin. We took an early morning flight on RyanAir, the Southwest Airlines of Europe. RyanAir is one of the biggest airlines in Europe, and moves more passengers internationally (mostly between London and Dublin) than any other airline in the world. Flights are cheap; fares from Dublin and Paris start at 10 Euro. Our flight was about 25 Euro. We flew from Dublin into Paris Beauvais, which isn't really in or near Paris. From there you take a bus for about 50 minutes into town. Given the low cost of the airfare, the low cost of the bus and the ease of no RER or Metro transfers, this seem to be the way to go. 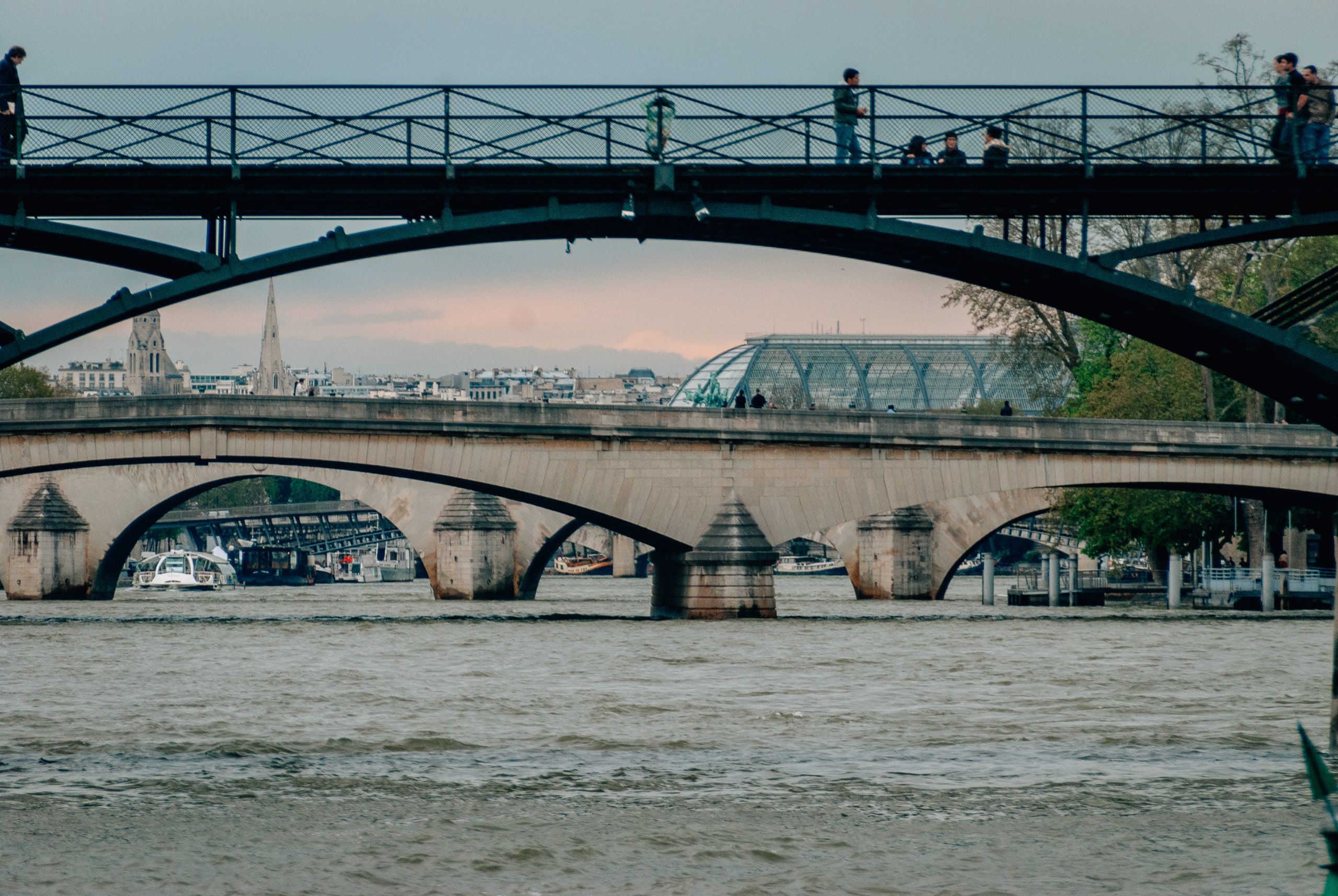 The Many Bridges on the River Seine

We got to the hotel about 10:00AM. We stayed at the Hotel Montelambert in St. Germain (left bank, near the Latin Quarter). Its a great neighborhood close to some attractions, but not touristy at all. Its sort of the design district with lots of furniture, kitchen and art stores, and some of the citys better restaurants and brasseries are right along Boulevard St. Germain. I stayed at this same hotel last time I was in Paris, and it was nice that they had a note of that and were falling all over themselves because our room wasnt quite ready (at 10:00AM). They ended up upgrading the room which was nice. Rooms in Paris are notoriously small, and the extra space made the stay very comfortable. 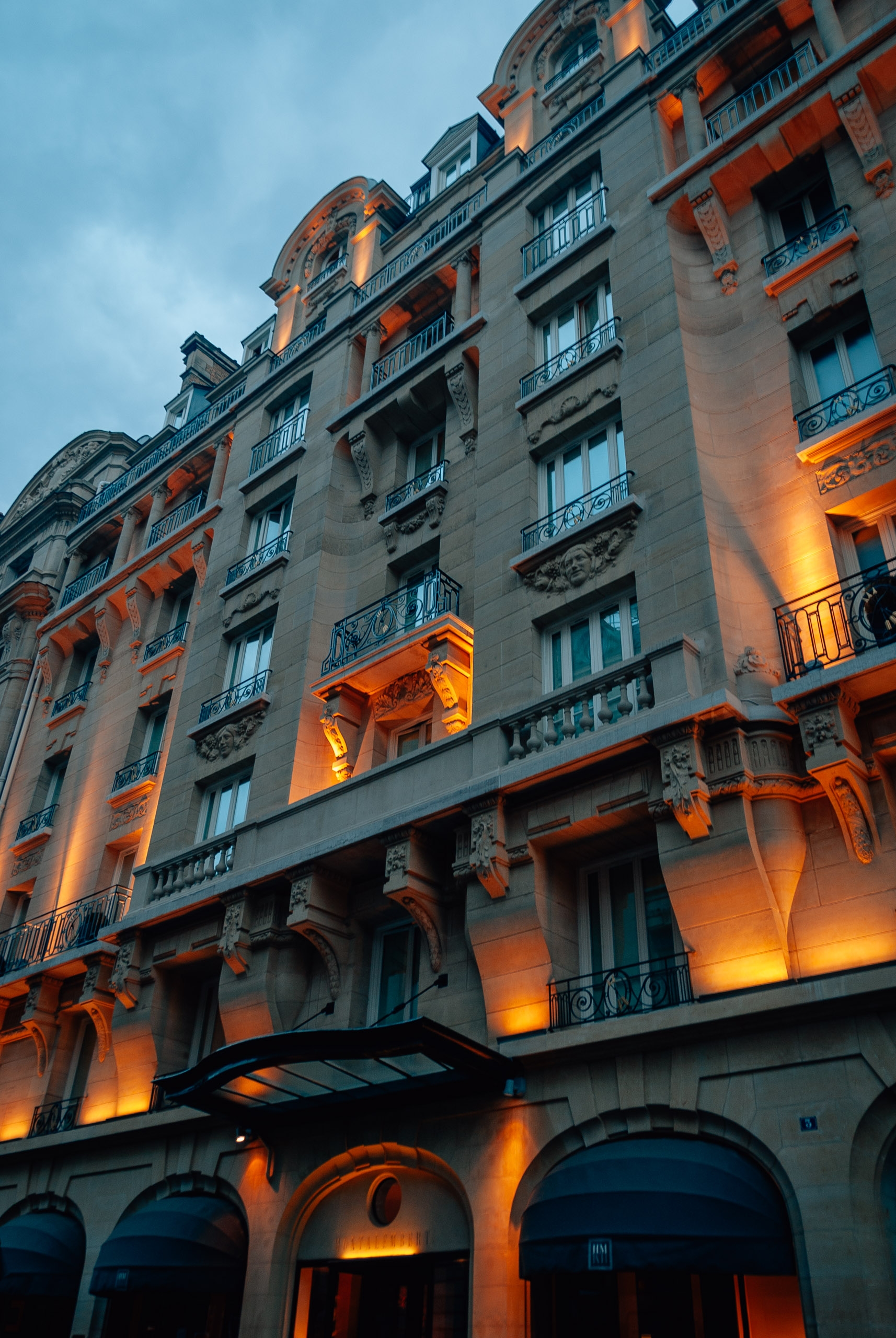 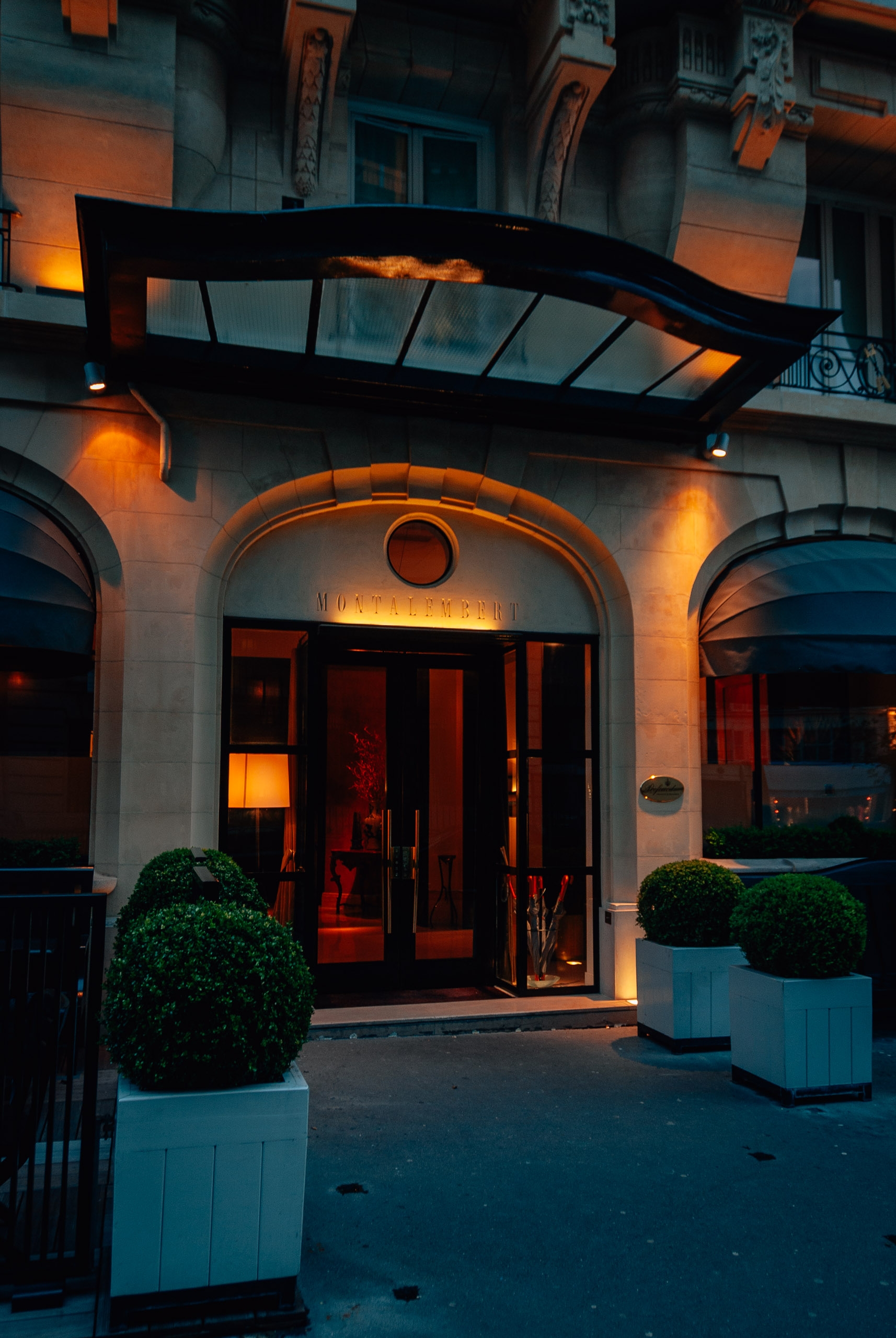 We didnt do much that day; tired from the 4:00AM wake-up call and the weather wasnt that great. We took a walk down along the Seine River, around the Louvre, down to Notre Dame then off to dinner. We had did a great job of researching restaurants and had lots of attractive options to choose from, many not far from our hotel. On the list were the typical fare; steak frites, onion soup, and typical French food. True to form, we did seek out a McDonalds to try their McNuggets but not on the first day. 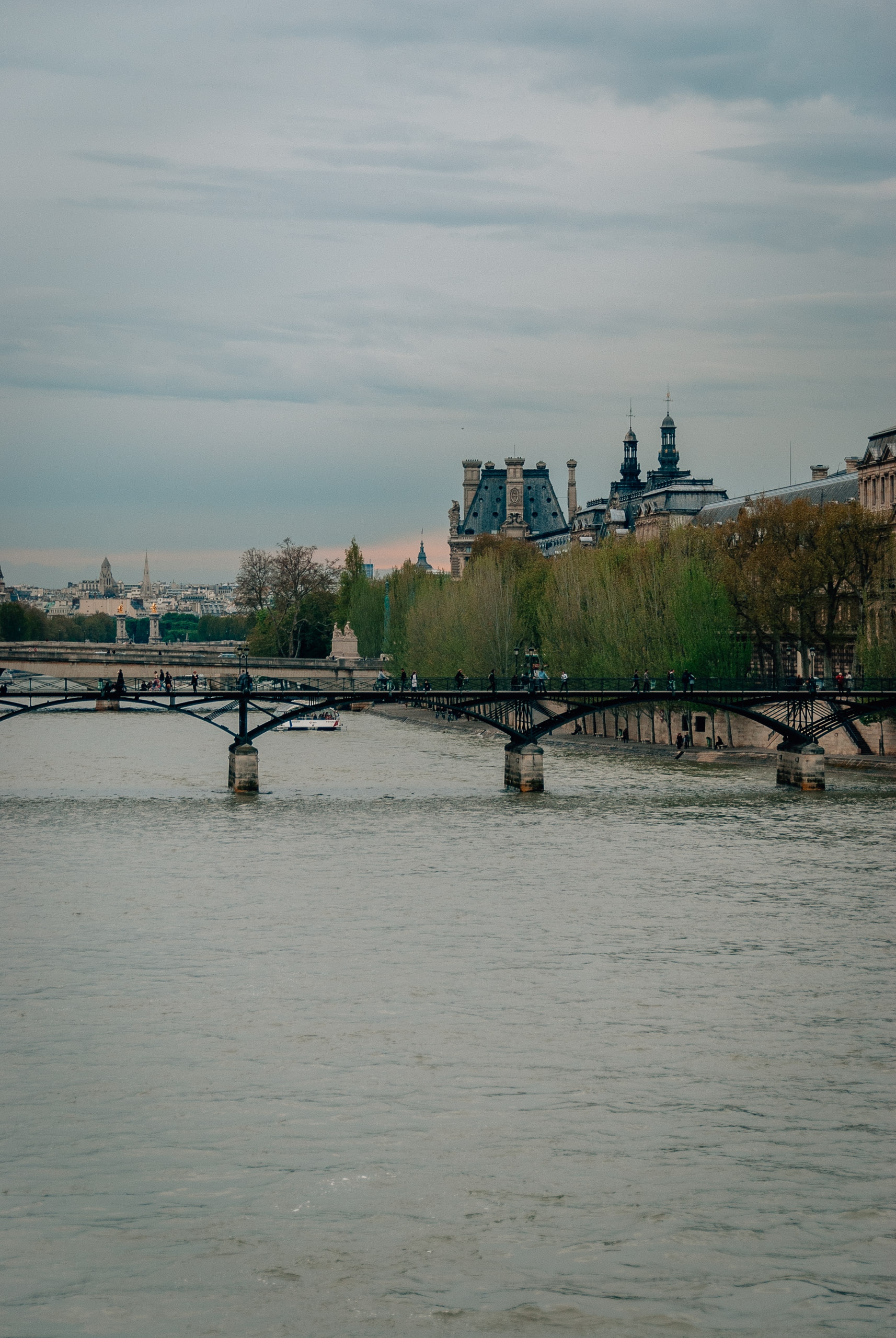 Along the River Seine 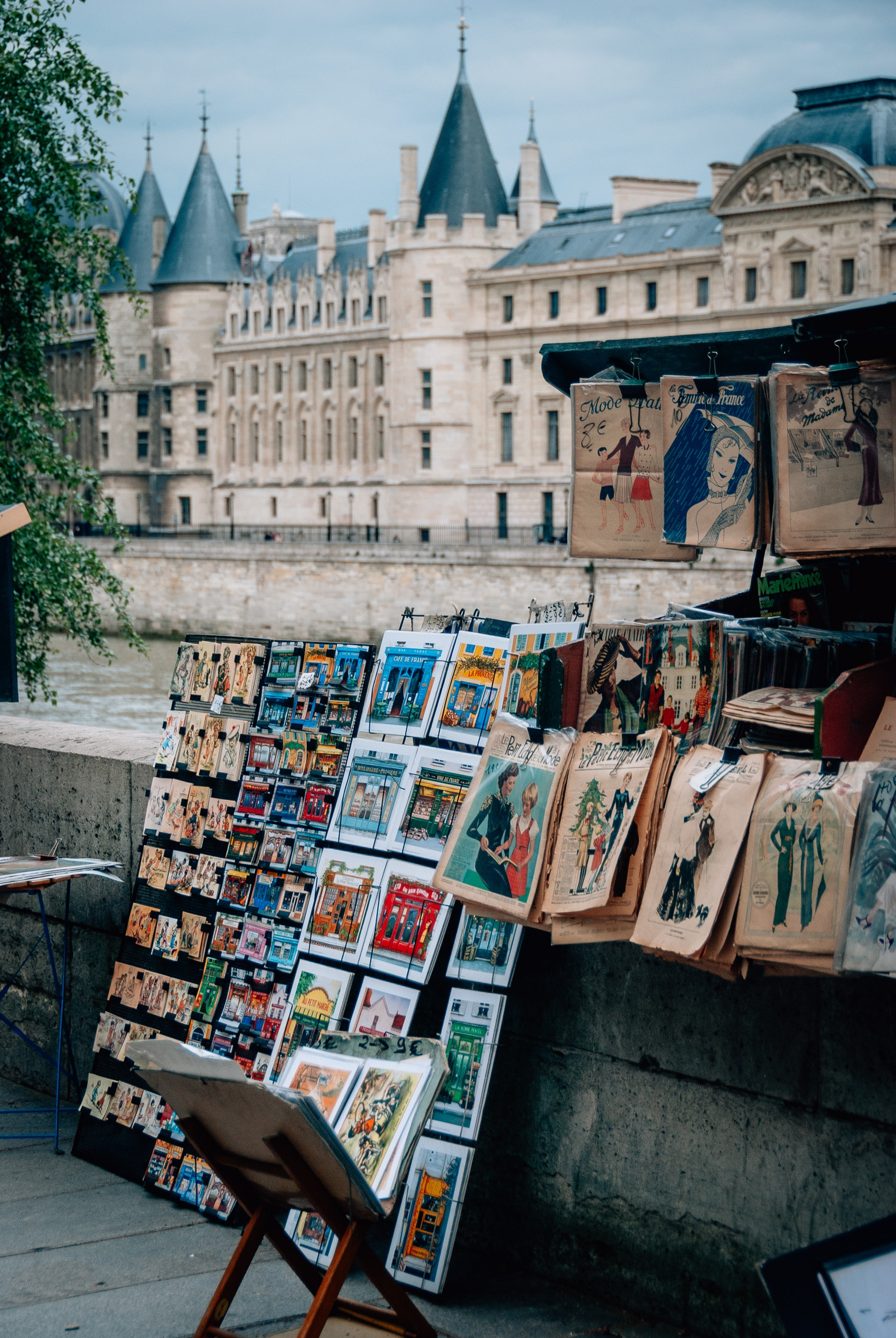 Booksellers along the River

Despite the gloomy skies, it was far warmer than Dublin and it was nice to be able to walk around outside without fear of death by exposure or shivering while sightseeing. Speaking of which, we did pick up from the hotel a 4-day Paris museum pass which I highly recommend. Its 45 Euro and gives you access to pretty much all the main museums, monuments and sites around the City (Eiffel Tower excepted). It also allows you to cut the lines, which is key at the more popular sites like Versailles or the Louvre. 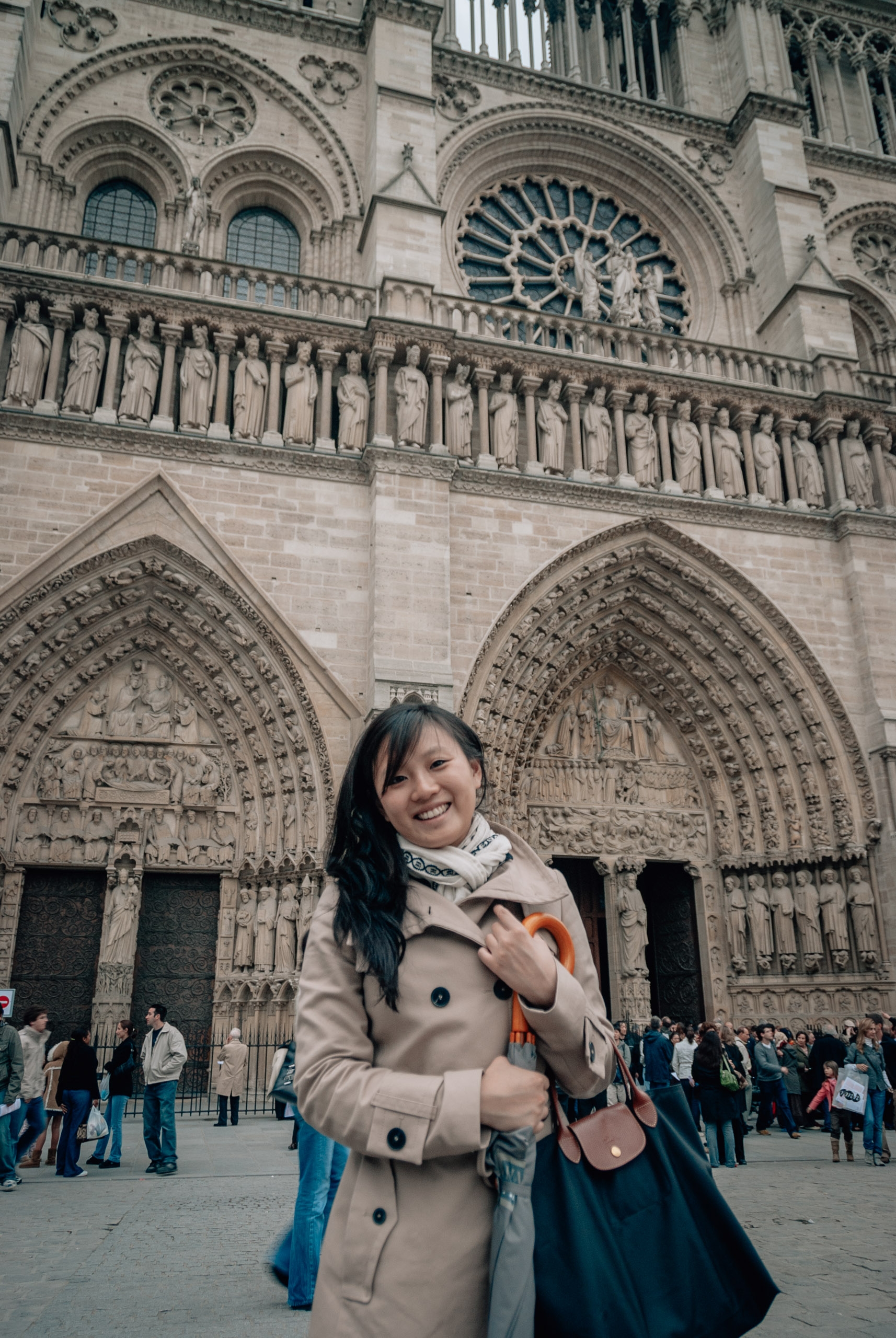 In front of Notre Dame 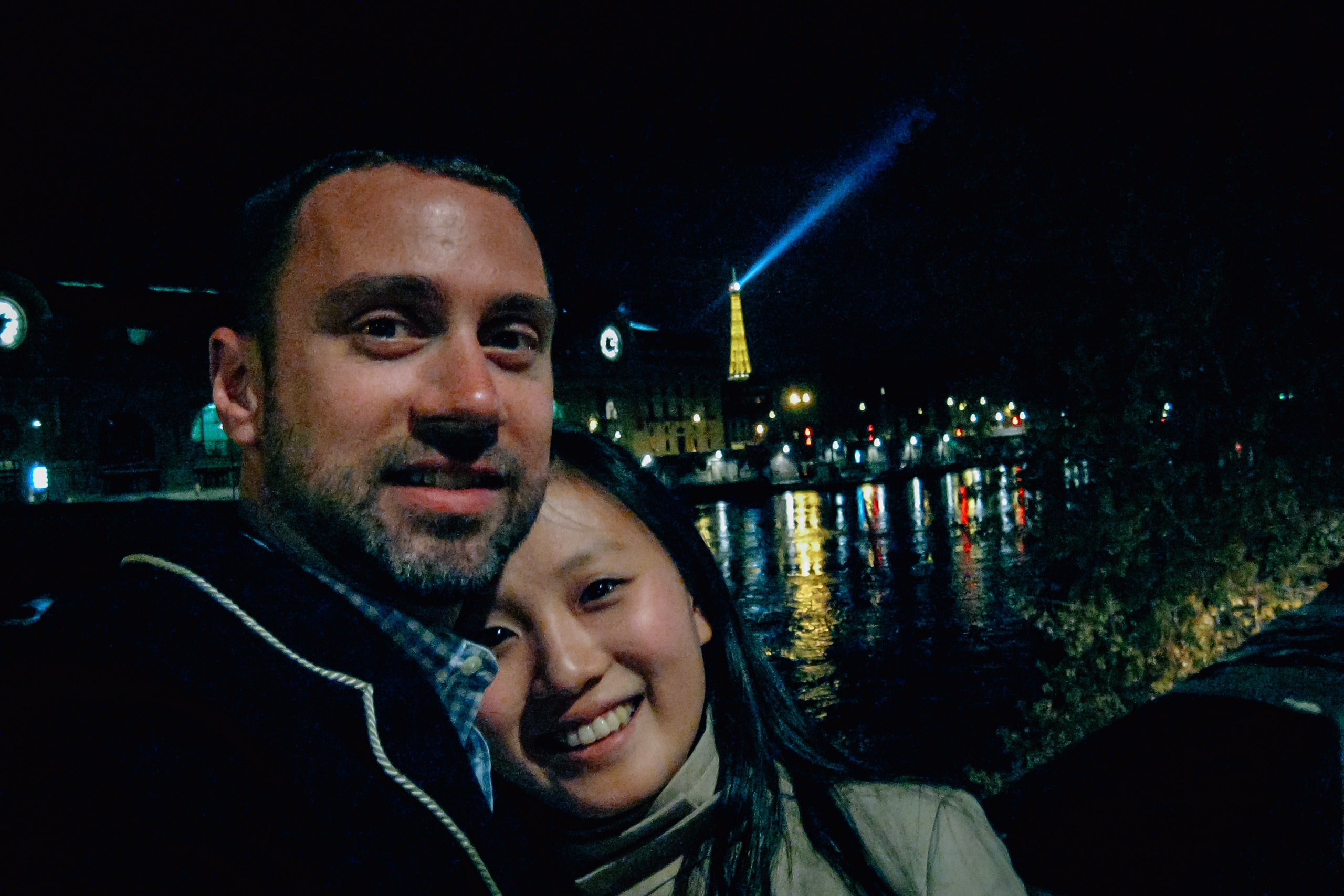