dark mode
Touring Granada, Spain - The Alhambra
September 03, 2008
We took an unexpected detour on Monday to Granada, Spain, about 90 minutes northeast of Malaga.  We flew from Barcelona to Malaga at 6:30 in the morning, and had planned to spend the day doing a whole lot of nothing and perhaps driving down to Gibraltar, the British overseas territory that owns the big rock.  We picked up a rental car in Malaga, a Kia Picanto (which, as its name implies, is amazingly small) for the short drive to Mijas, and upon studying the map realized that Granada was only about 125 kilometers away.  I talked to the rental car guy and asked about things to do there, and he explained that one of the newly-minted revised 7 wonders of the world is there, the giant Moorish castle, the Alhambra. 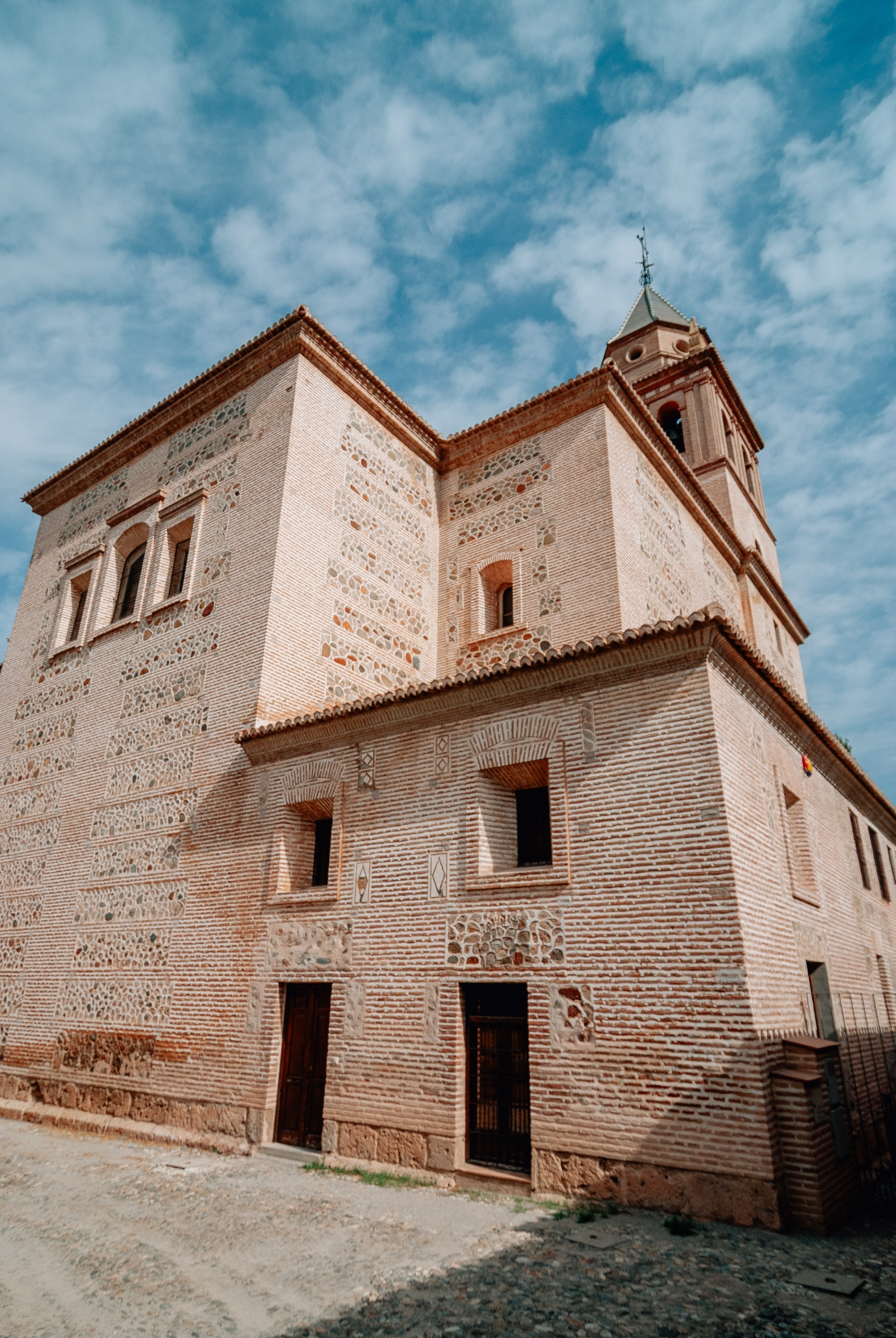 A later addition to the Alhambra

We quickly changed our plans and headed out on the freeway in our soda-can-sized rental car for Malaga, speeding along the freeway at 130 kph in a manual 4-speed Korean hatchback, on 2 hours of sleep, with a bad map in Spanish and no inclination of what to find.  To our amazement, we found the site quite quickly; parking was inexpensive and easy, and we walked right in for the morning tour. 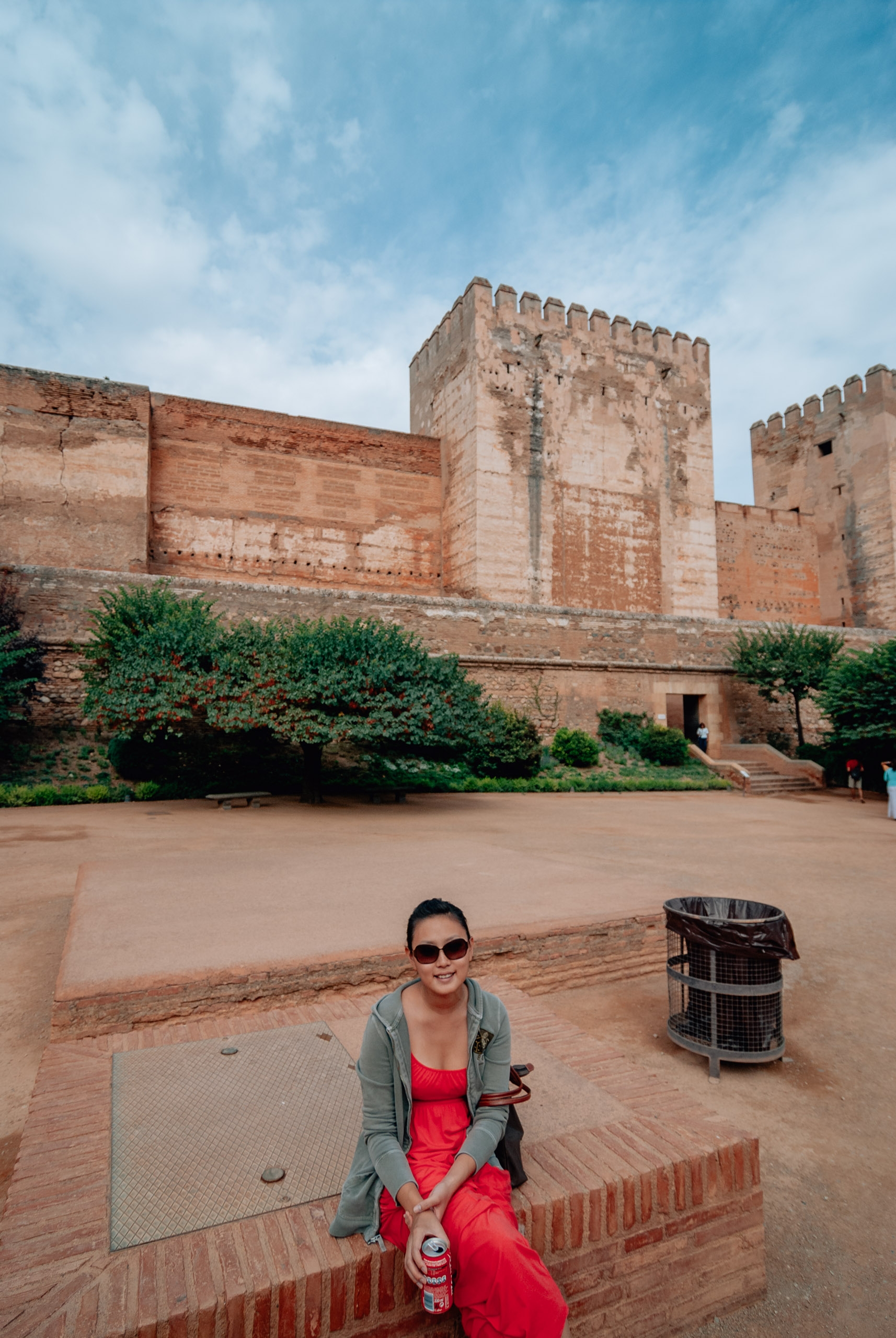 Outside the old castle

The Alhambra was built in the 1300's and was the Moorish capitol of the Islamic conquests of Europe at the time.  The name literally translates as "The Red One" in reference to the reddish-orange stone used to construct the fortress. Before being expunged from the continent by the Catholic armies of Europe, the Moors had established a vast kingdom across northern Africa, Spain, Portugal and much of the Mediterranean coast.  The Alhambra was built as the seat of power for Moorish rulers, but evolved over time as varying kingdoms came to power and adapted the structures to their contemporary style.  Today its most impressive buildings are of the original Muslim design, but the newer European buildings and the vast gardens are also impressive. 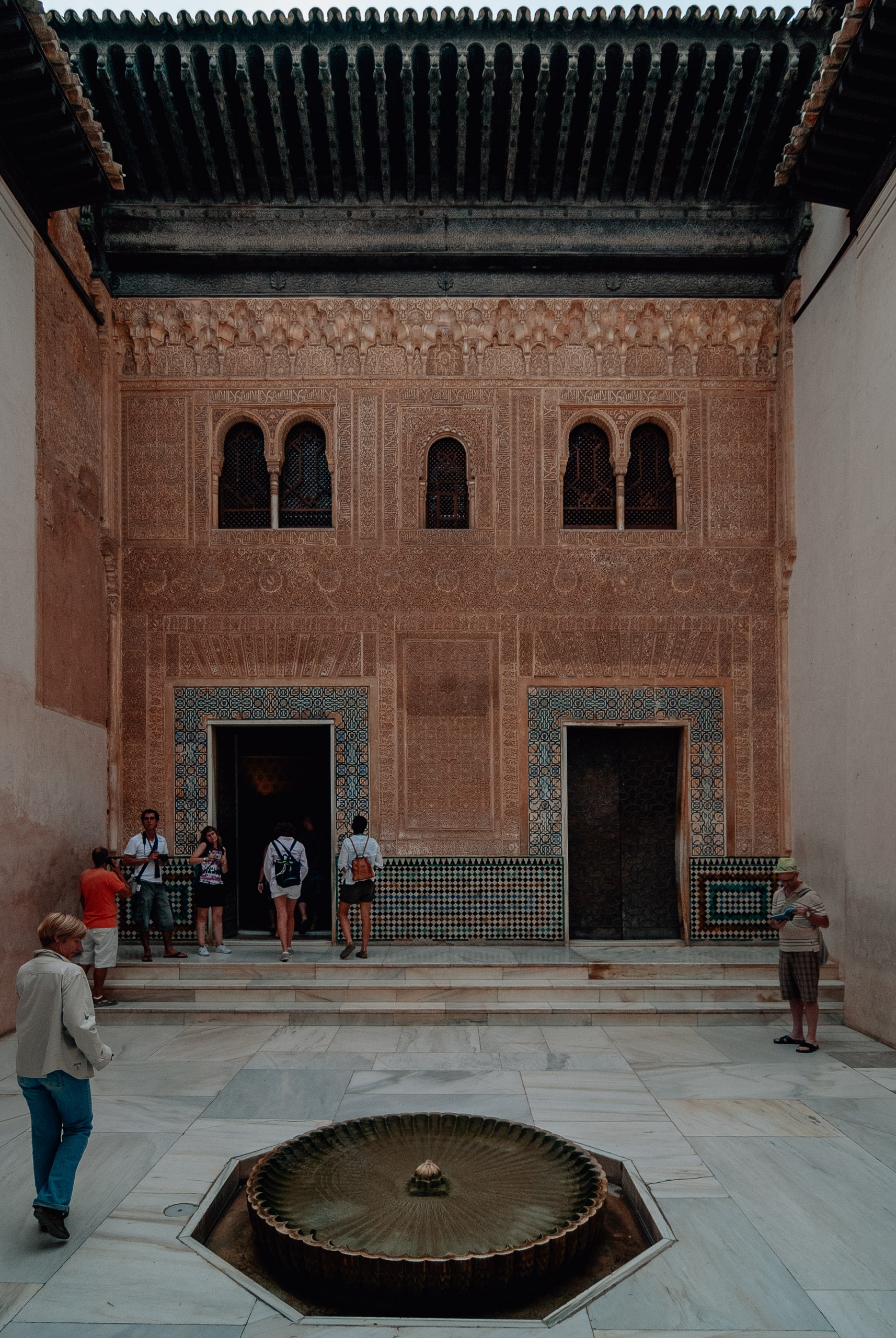 Inside the original Moorish palace.  Intricate carvings covered every inch of the building.

The fortress sits high on a hill above modern Granada, and the views from its turrets are quite impressive. 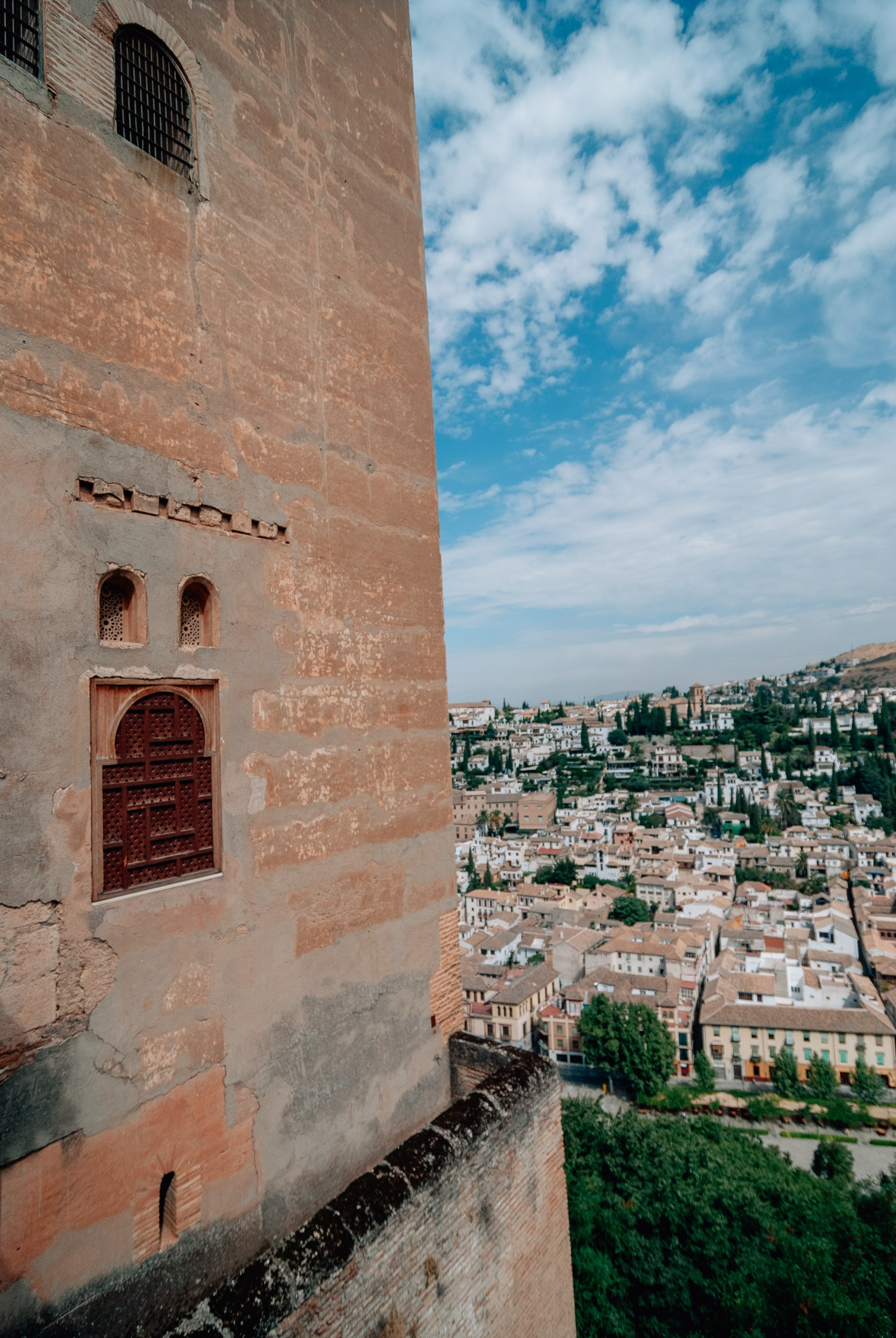 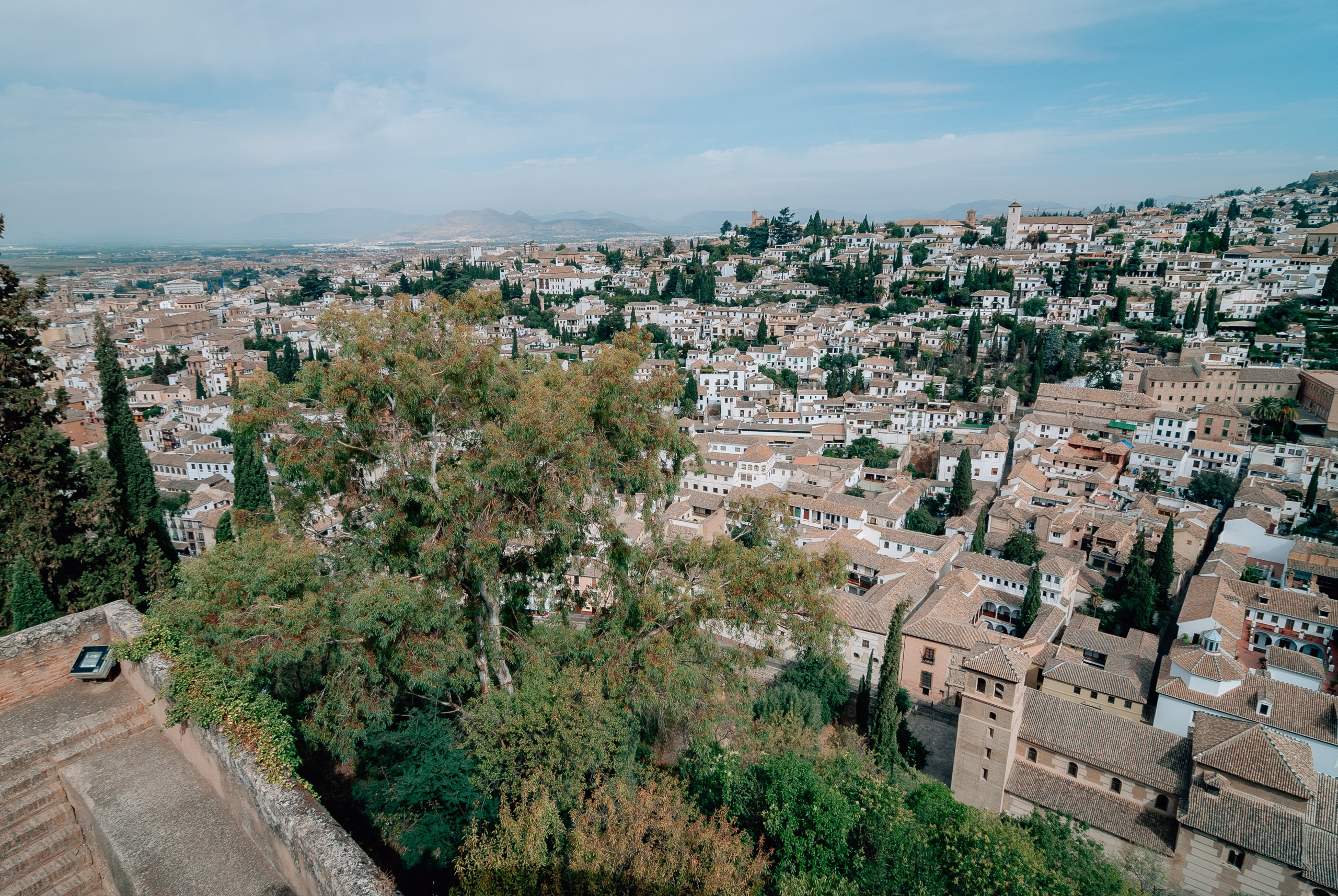 The view of Granada

The Alhambra was recently voted to be one the 7 Wonders of the World, a sham process by which ballots were supposedly distributed all over the globe for people to cast their votes in favor of the most impressive man-made objects on Earth.  Angkor Wat in Cambodia didn't make the list, which is astonishing if you've been there.  The Alhambra is amazing, but it strikes me as something Angkor Wat could poop out over a weekend. 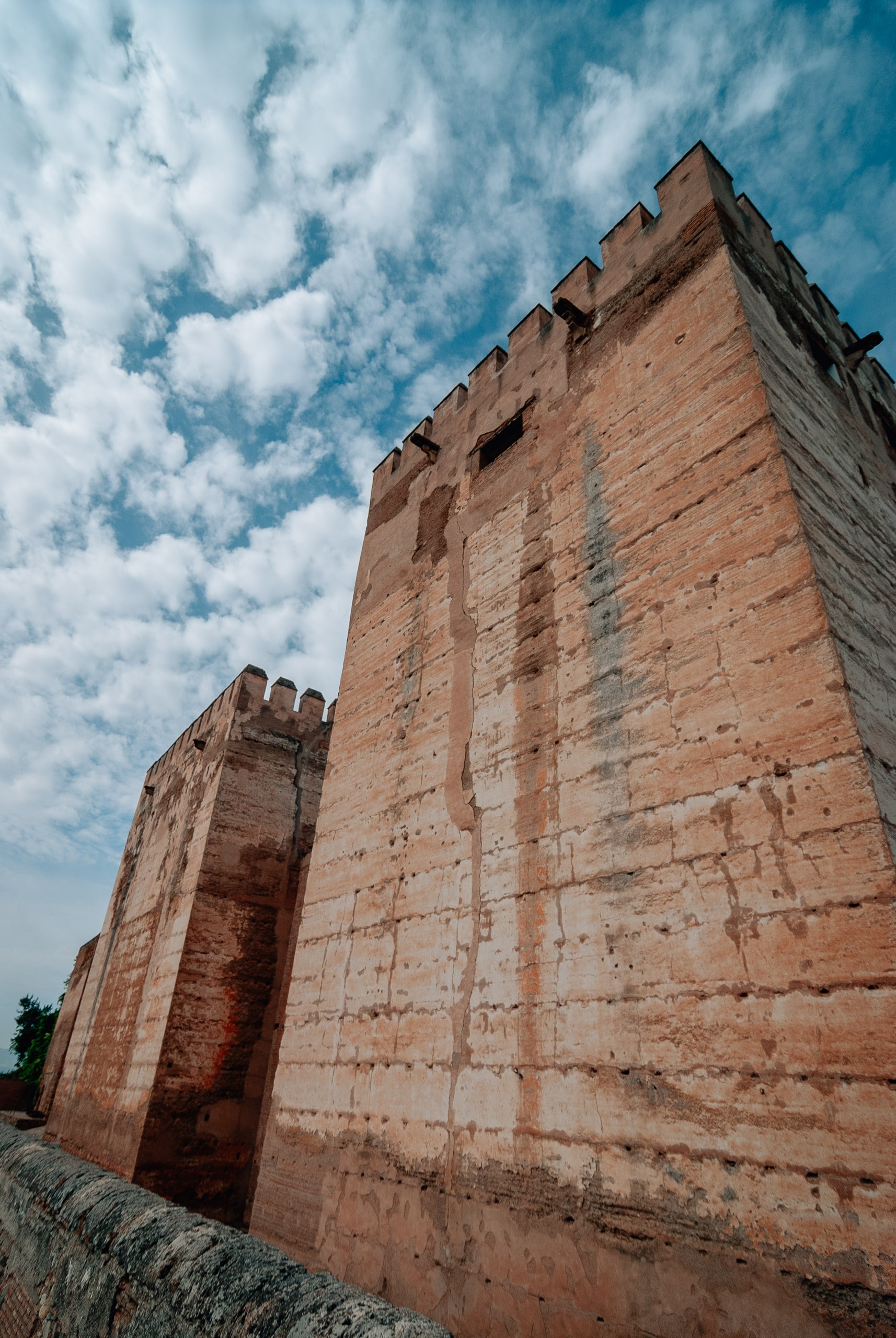 
Anyway, the quick detour was well worth it and the site was surely impressive.  We drove from there down to the coastal town of Mijas, and took an extensive nap; so much so we missed dinner. 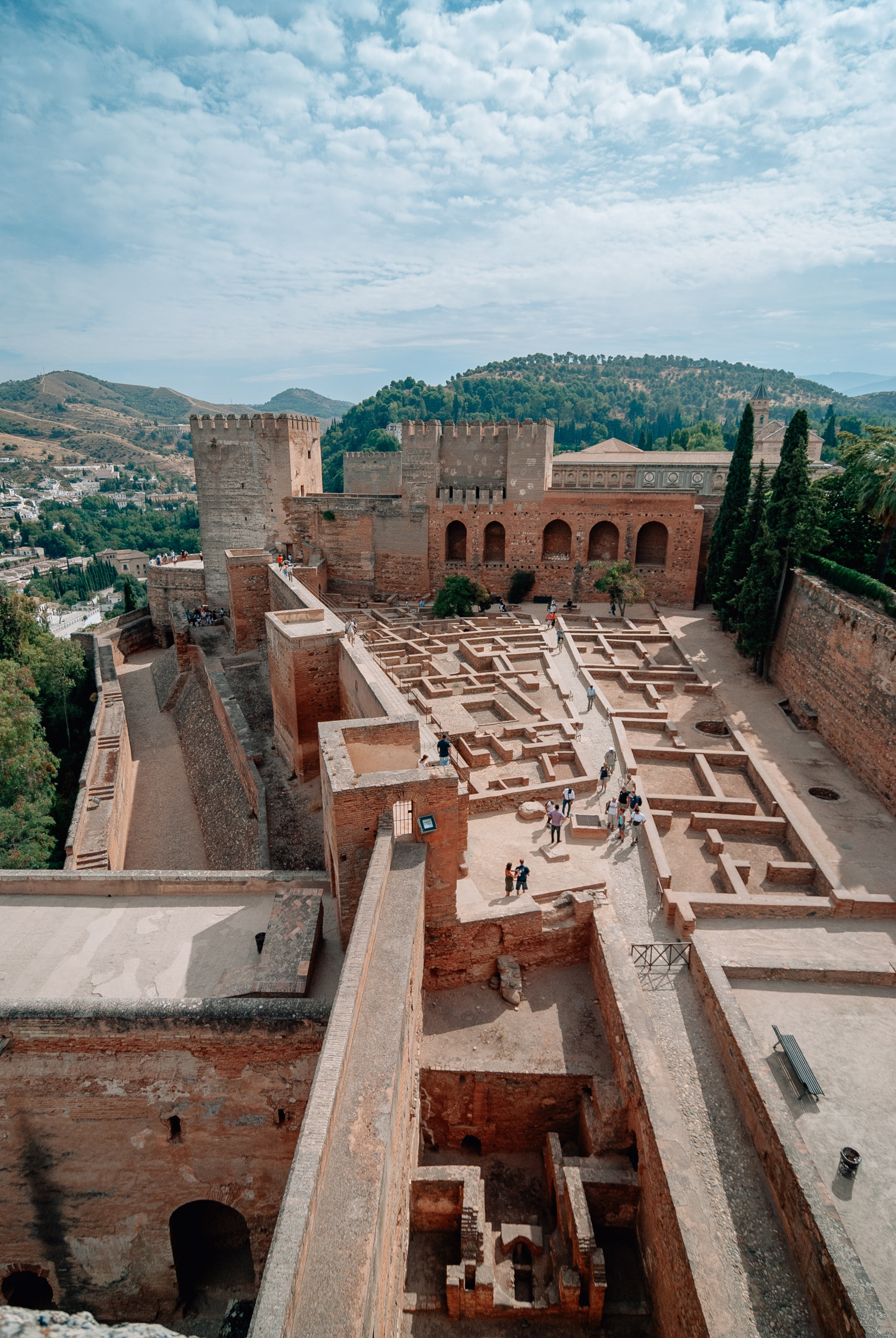 The outlines of original dwellings can still be seen in the courtyard. 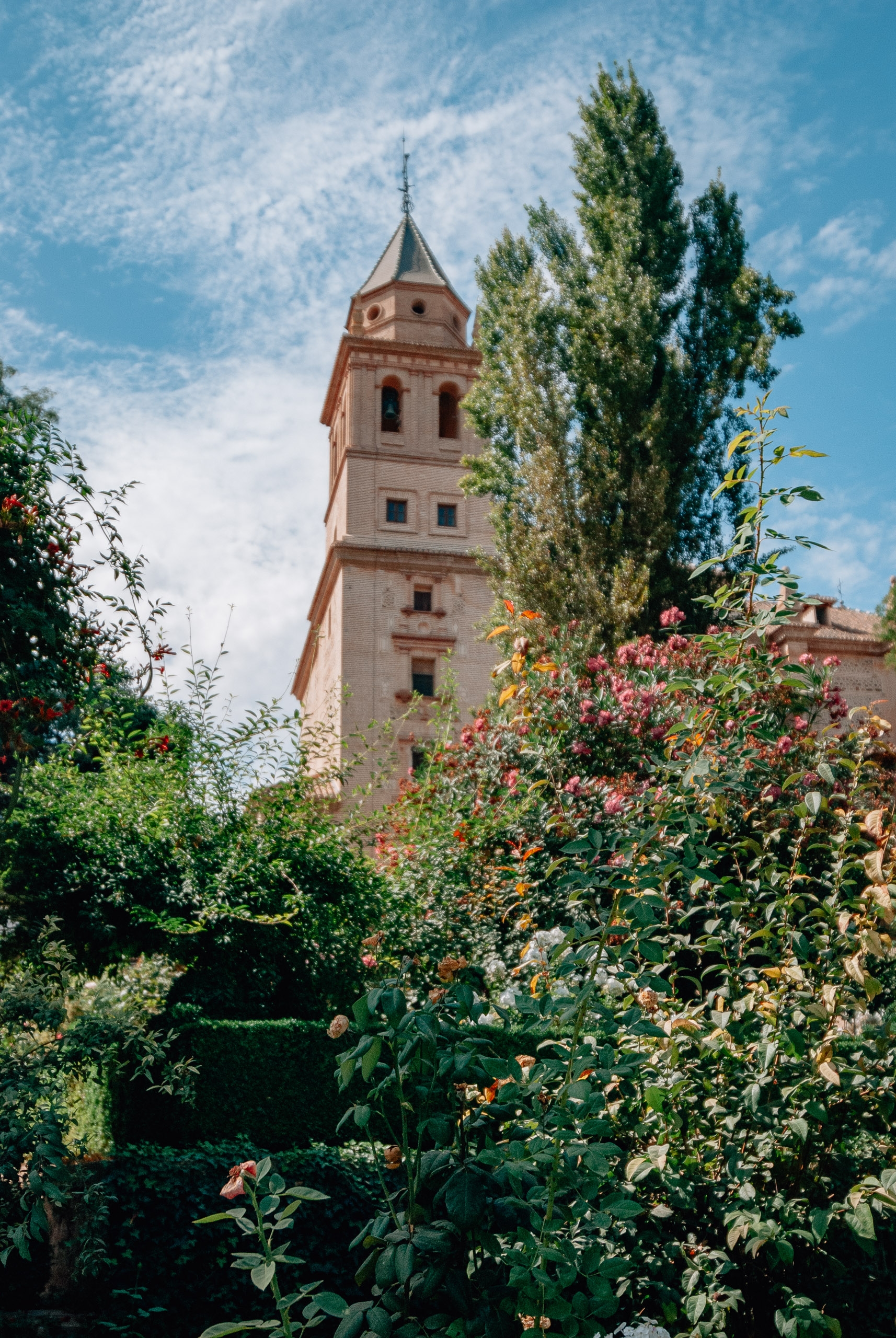 Waiting for a mulleted German guy to move so I could take a picture.

Editor's note: I got of flack about my "yellow" shorts in that photo above. It is actually a sweatshirt tied around my waist. 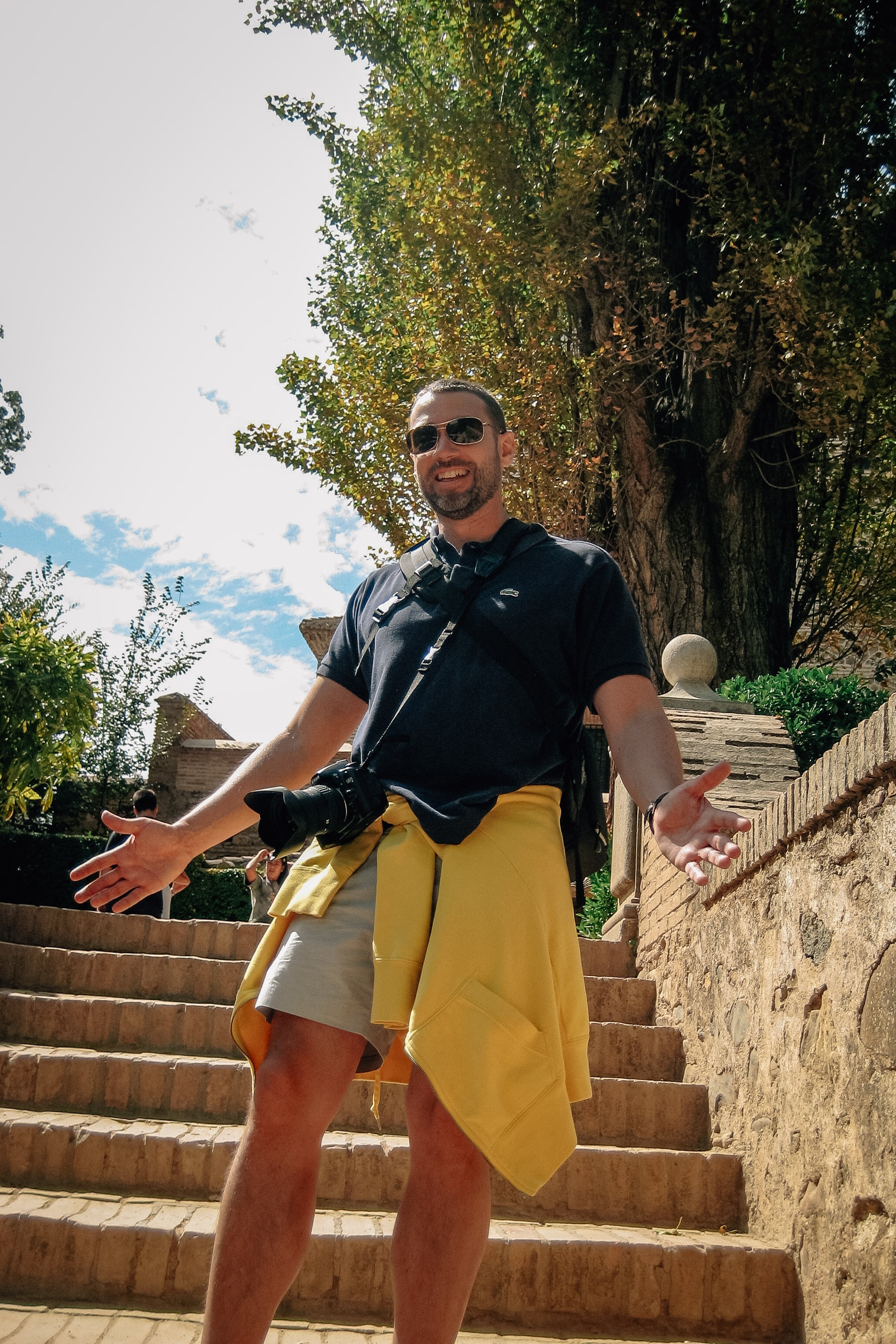