dark mode
Touring Morocco - Ramadan Breakfast at McDonald's
September 15, 2008
Ramadan is observed during the 9th month of the Islamic calendar.  The holiest month of the year, Ramadan is a time for self-reflection, helping others and observing the sawm, or fast.  The fast represents an opportunity to practice self-discipline, sacrifice and sympathy for those less fortunate.

The sawm begins before sunrise, with a pre-dawn meal preceding the first call to prayer of the day.  During our visit, this occurred about 4:30AM.  Following this prayer, no food or drink (or smoking) can be consumed until sundown, prior to the fourth prayer of the day.  Once the sun sets, everything stops as those fasting eat and drink for the first time that day.  During our camel ride, our caravan guides stopped mid-trek, sat in a circle and ate dried fruit, nuts and drank copious amounts of water.  Later that night, the group was up until the early hours of the morning eating, drinking and socializing ahead of the next day's fast. 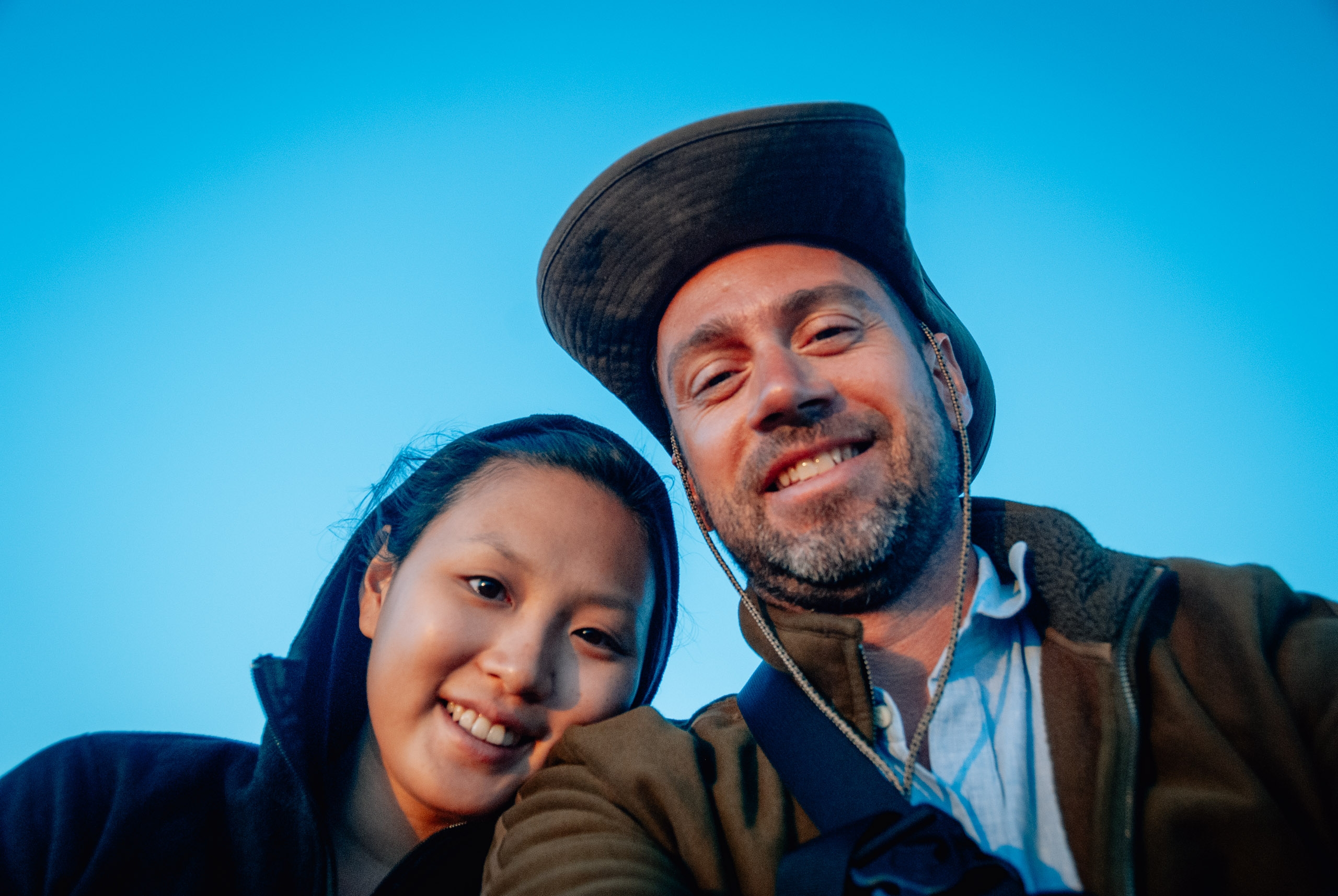 Just after sunrise in the Sahara

From my point of view, the fast appeared to be pretty challenging.  Even in September, the heat in Morocco is oppressive and those engaged in labor and other activities go about their usual business, but are forbidden to eat or drink throughout the whole day.  Idriss, our guide, said the first few days were the toughest as your break you normal habits, but by the end of the month one gets pretty used to the routine. Our guide would often leave us during lunch or breaks as I'm sure watching others eat and drink would be difficult. As a visitor and non-Muslim, we weren't expected to observe the fast, but were to be discreet about eating and/or drinking during the day out of courtesy and respect.  Thus, meals and drinks were largely taken indoors. 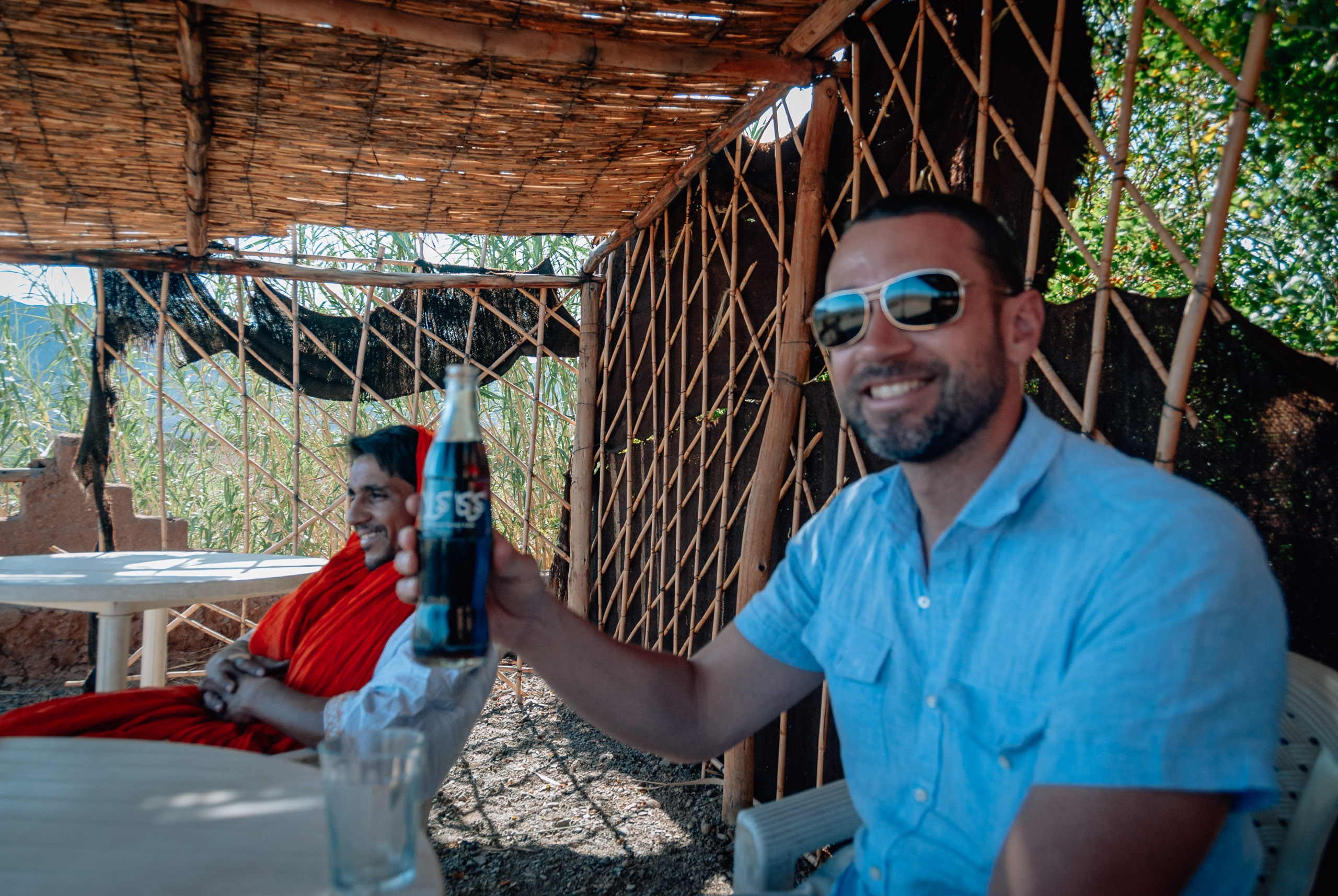 One of the more atmospheric aspects of visiting a Muslim country is the call to prayer.  Modern mosques are outfitted with loudspeakers from which the Imam calls the faithful to prayer 5 times per day.  In addition, during Ramadan, the Imam will also announce the official sundown signaling the end of the daily fast, or "break fast" - the origin of the work breakfast.  When I visited Turkey 3 years ago, we could easily hear the call to prayer from the Blue Mosque nearby.  During this trip to Morocco, our hotel was near the Koutoubia Mosque.  We could hear this mosque and others throughout the city.  We had an outdoor terrace where the announcements were clearly audible.  Our first night I awoke bolt upright as the first call to prayer sounded at 4:30AM.

I made these two recordings from our hotel.
The daily call to prayer announced 5 times per day

On our last day in Morocco, we went to McDonald's for a welcome meal of something other than chicken tagine.  By happenstance we arrived at McDonald's about a half hour before the end of the daily fast.  Traveler's note: don't order french fries from McDonald's during Ramdan as they are likely to have sat there for most of the day.  It makes sense in hindsight; if no one is buying your food all day, save for the occasional tourist, why make fresh fries?
McDonald's prepares for the breakfast by staffing up and preparing food about a half hour in advance. In addition to their standard menu, they offer a breakfast special of water, dates and soup for those who want something quick and light after a day of not eating.  We saw many takers of the special, but most were loading their trays and eagerly arranging their food in anticipation of the end of the fast.  We saw a group of four guys with a mountain of french fries, a few Big Macs apiece, ketchup, water, sodas all neatly arranged and staged for the go ahead to eat.  I never did hear the announcement, but these days it comes via SMS, cell phone or some other subtle indication in the restaurant. 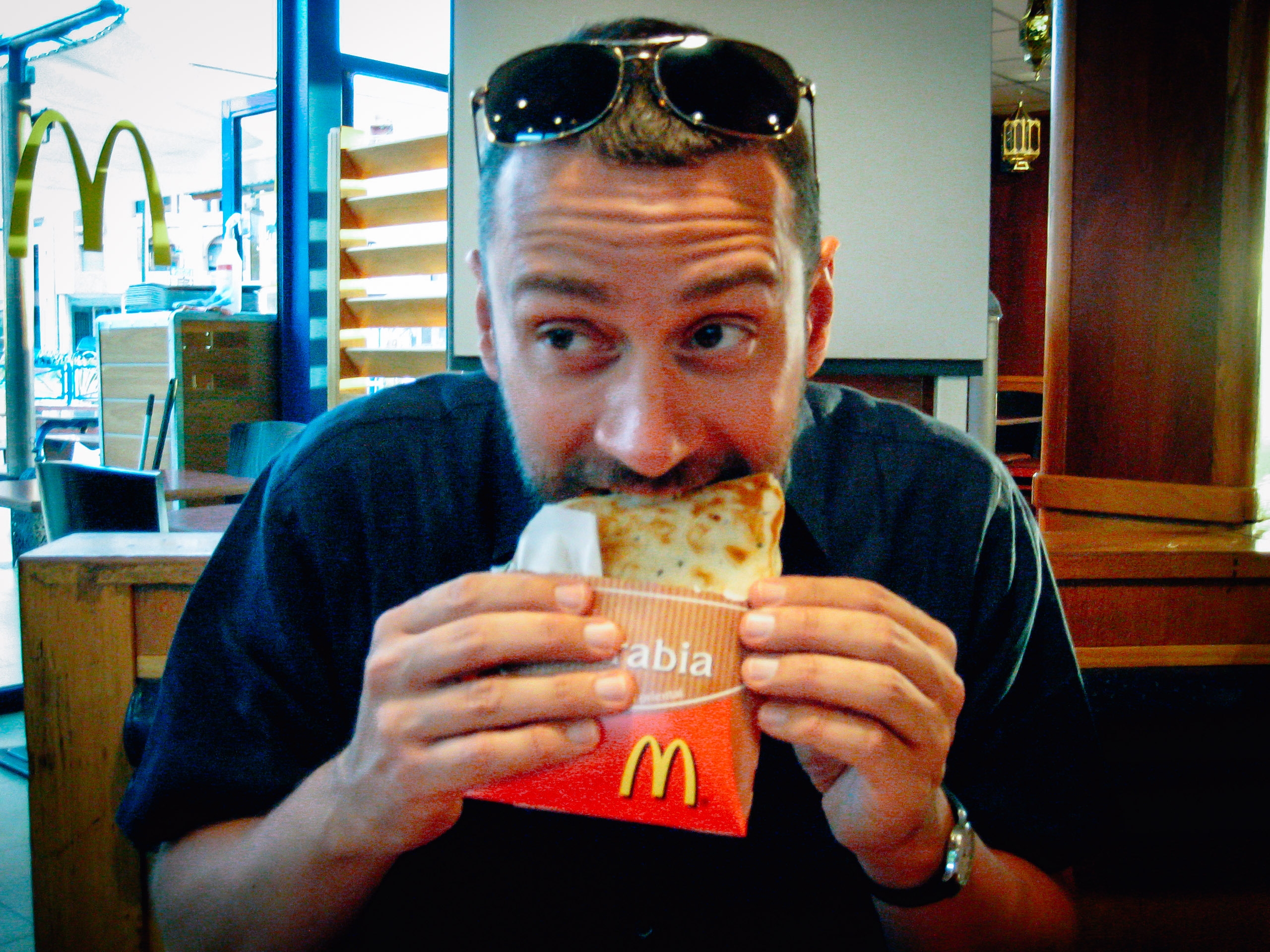 Once the breakfast line subsided, we went back for more fries - freshly cooked this time.  Oh, and a Blizzard with M&M's.

If you're a foodie, visiting during Ramadan is not terribly challenging in the larger cities.  However, during our travels, we had very few options available.  You might want to plan ahead and bring snacks, or simply do as the locals do.  We skipped lunch the last few days and as long as you're busy, you don't really notice you're not eating.  Besides, it makes McDonald's that much tastier when you finally do dine.
tags: africa, morocco, travelogue, video